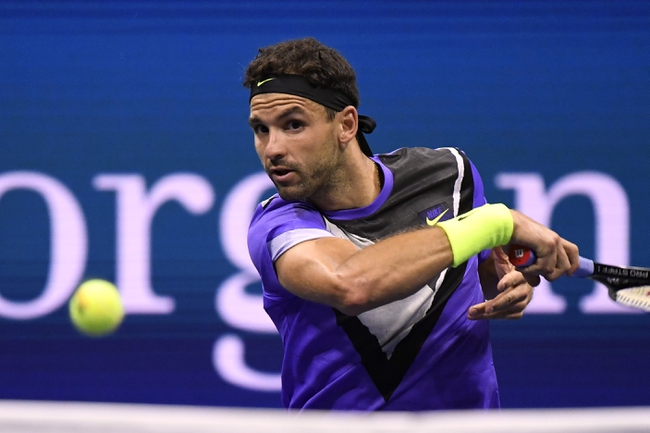 Grigor Dimitrov meets Damir Dzumhur in their second match of the 2020 Adria Tour first weekend. Will Dzumhur be able to take advantage of Dimitrov's mistakes, or will Dimitrov have found his form again?

Grigor Dimitrov has had an incredible 2019 season, claiming some ranking spots and winning some important matches. Dimitrov never lived up to his hype as a young player, but he is still one of the best in the game. Dimitrov reached the US Open Semi-Final last year by beating Roger Federer for the first time in an incredible match. Dimitrov will want to show us that he can maintain consistency and I am sure he has been working hard to do so.

Damir Dzumhur will want to impress here in the Adria Tour as he is probably the least experienced player on the roster. However, you cannot discount Dzumhur. Dzumhur is a very tough player and if he is confident he will play at his best and make you work extremely hard for the win. Dzumhur has nothing to lose and I am sure he will leave it all out on the court.

This will be the sixth meeting between both players, and unfortunately for Dzumhur, the H2H record does not go in his favour. Dimitrov has won all 5 of their prior encounters, with their most recent one being only 3 months ago at the Acapulco Open. Dimitrov won that match 6-3/6-3 and I am sure he will come out on top again here.