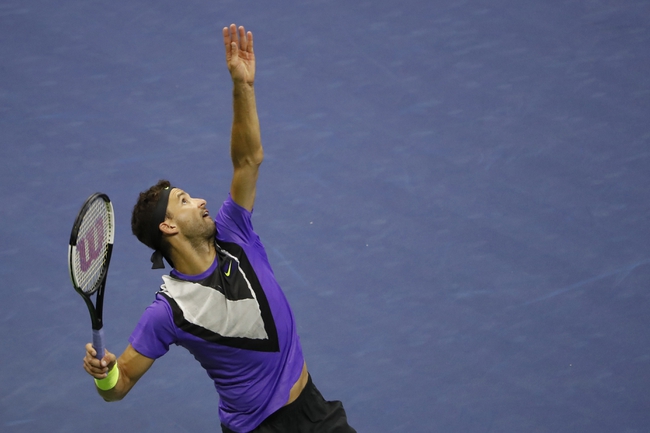 The Adria Tour is here! And in its first weekend, we already have some incredible matchups. The first match of the first day is Grigor Dimitrov against Dusan Lajovic. This will be an incredible match and a one-handed backhand masterclass. Who will come out on top, experience, or power?

Grigor Dimitrov had somewhat of a redemption season in 2019, reaching the US Open Semi-Final and finally beating Roger Federer, showing us that when he is on top of his game, he can beat anyone. Dimitrov will want to make the most of his time on the court here in the Adria Tour and I am sure he has been training extremely hard over the last few months.

Dusan Lajovic impressed both in 2019 and in 2020. In 2019, Lajovic reached his first and only Masters 1000 Final in Monte-Carlo, where he lost to Fabio Fognini. However, Lajovic was extremely consistent after that. This year Lajovic was the second man in Serbia's ATP Cup victory, providing great help to fellow Serbian Novak Djokovic.

This will be the third meeting between both players, both having one a match. Lajovic won their most recent encounter in 2018, however, I believe that this will be Dimitrov's year. Dimitrov knows he can perform at high levels like Federer, Djokovic, and Nadal. Dimitrov just needs to find that consistency. Give me Dimitrov.