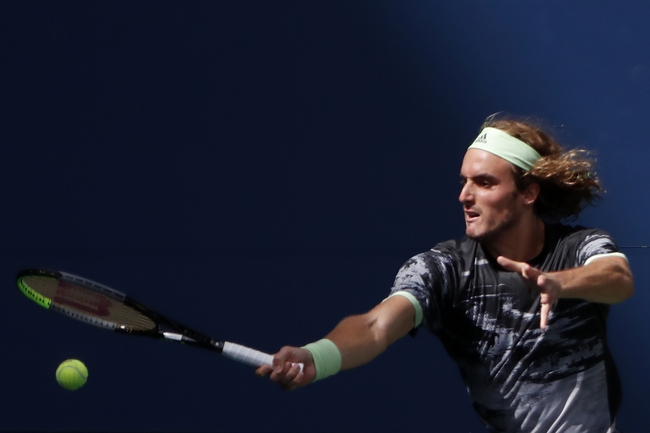 The battle of the one-handed backhands is here! Young phenom, Stefanos Tsitsipas, meets veteran, Richard Gasquet, in their first match at the Ultimate Tennis Showdown. This will be a highly interesting match to watch and it will definitely provide us with all the exciting tennis moments we have been missing in the last few months. Who will come out on top in this first match?

Stefanos Tsitsipas had a career year in 2019. The young Greek star began the year defeating Roger Federer at the Australian Open and he ended the year winning the 2019 Nitto ATP Finals. Tsitsipas has shown everyone in the tennis world that he is the future of tennis and he is so exciting to watch. Tsitsipas has an amazing forehand, but his one-handed backhand is a thing of beauty. Tsitsipas will want to come out here and show us that he has not lost any momentum from an incredible season.

Richard Gasquet's 2019 season was a redemption season. Gasquet has had struggles over the last few years with injuries and he finally came back in the second half of the 2019 season. It took some time for Gasquet to play at a strong level as he was adapting to his surgery and recovery. Gasquet has surely worked extremely hard to get himself back on track and show the world that he is still as exciting to watch as he was when he was younger. Gasquet has a beautiful all-round game and when playing at his best, he creates some of the best moments in tennis history.

These two players have met twice before, both times in 2018. They split the Head-to-Head 1-1, with Gasquet having won one match 7-6/7-6, and Tsitsipas winning the other 6-3/6-4. Although the H2H is even amongst these players, it is hard to go against Tsitsipas. Tsitsipas has drastically improved since their last meeting and he now has a lot of experience against top-level competition. Expect Tsitsipas to make easy work of this match.