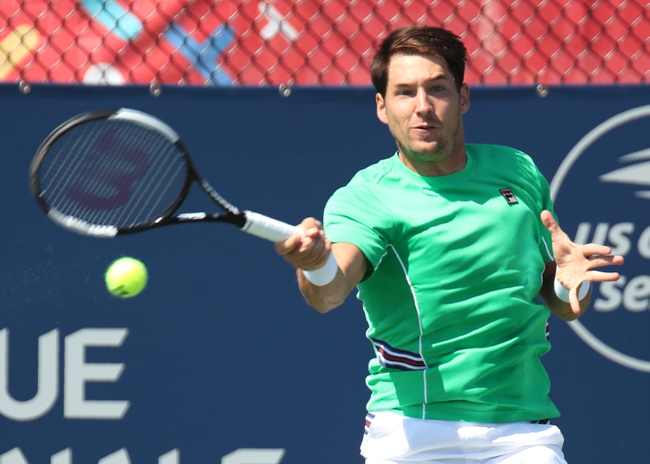 Nikola Milojevic plays his second match against Dusan Lajovic on Sunday as he replaced Damir Dzumhur who suffered an injury in his match against world No.3 Dominic Thiem. Will Milojevic cause two upsets in a row after beating Dimitrov in stupendous fashion?

Milojevic was given a couple hours notice when he was told he would be replacing the injured Damir Dzumhur on Saturday, and boy did he make the most of those couple of hours. Milojevic came out and played like he had nothing to lose, leaving it all out on the court. Milojevic defeated the overwhelming favorite, Grigor Dimitrov, in straight sets 4-1/4-3. Dimitrov was not playing as well as he should have, but that is no take away from Milojevic's performance. Milojevic has nothing to lose here and just wants to play his best tennis. Will Milojevic cause another upset on Sunday as he meets Dusan Lajovic?

Dusan Lajovic, on the other hand, was beaten by Grigor Dimitrov on Saturday. Lajovic should have won that match and he seemed the more likely player to win in the first two sets. Lajovic is a very solid player, and he put in a good performance against world No.3, Dominic Thiem, in the night session. Lajovic will want to show us how good he is on Sunday, but will he be able to capitalise on a player like Milojevic who does not have much to lose and who will give it his all on every point in the match?

This will be the first meeting between both players and it is going to be a tight one in my opinion. Both players have nothing to lose anymore here at the Adria Tour and they will give it their all. Lajovic is of course the more experienced player, however, after Milojevic's performance against Dimitrov, it is hard to choose between the two. Lajovic lost to Dimitrov, but put in a solid performance against Thiem, and in my opinion this might help him gain some confidence back. Lajovic will win it, but it is going to be tight until the end.