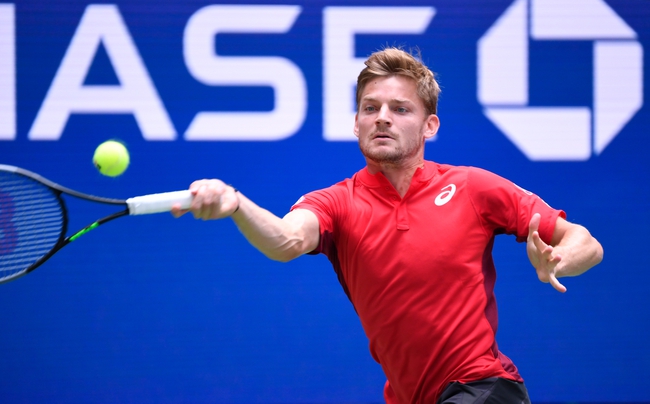 One of the most exciting matchups out of the Ultimate Tennis Showdown is here. Richard Gasquet meets David Goffin in what should be a very tight, very exciting match. Will Gasquet get revenge for Goffin's dominance over him in their last few encounters, or will Goffin keep his winning streak against the Frenchman going?

Richard Gasquet was one of the most promising young talents many years ago, however, high expectations and injury issues have not allowed him to flourish as he could have. Gasquet is such an exciting player to watch. Gasquet's unorthodox playing style, his one-handed backhand, and his passion for the game are why people love him. Gasquet wants to get back to his best level and go even further, will he be able to show signs of that here at the Ultimate Tennis Showdown, or will he suffer the same fate as he has in the last couple of years?

David Goffin has been incredible in the last year. The Belgian reached his first Masters 1000 Final in Cincinnati last year, losing to Daniil Medvedev. Goffin also beat Rafael Nadal a few months ago in straight sets at the ATP Cup. Goffin knows how to beat the best players in the world and he has a very solid game. Goffin is nicknamed the Wall here at the Ultimate Tennis Showdown, and this is because of his ability to return most balls thrown at him. Goffin will want to win the title here at the Ultimate Tennis Showdown, and if he plays as he has for the last year, he has a strong chance of doing so.

This will be the fifth meeting between these two players, and it will be a very exciting one. David Goffin leads the head to head 3-1, having won their last two encounters in 2019. Goffin made easy work of Gasquet last year in both Cincinnati and in Shanghai, and this is because Gasquet had just come back onto the tour after back surgery. Gasquet will have drastically improved since then, but I still don't see him beating the world No.10. Give me Goffin to win.