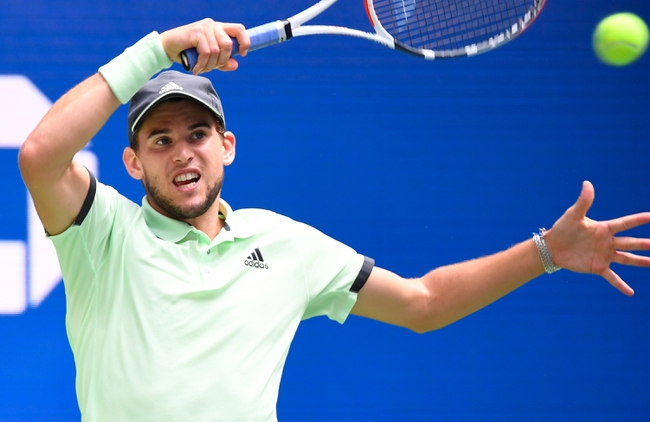 Dominic Thiem is traveling all over the place in the last few days as he comes back to the Austrian Pro Series Final 8 to compete in the second half of the tournament. Thiem meets youngster Alex Erler in his first match. Will Thiem be able to continue his incredible momentum from the Adria Tour or will he be tired after a lot of traveling?

Thiem was somewhat underwhelming in the first half of the Austrian Pro Series over the last two weeks, however, last weekend he turned his engines back on in the Adria Tour. Thiem went 4-0 on Saturday and Sunday and won the title in Belgrade, beating the likes of Grigor Dimitrov to do so. Thiem is the second-best player in the world on clay courts and when he is on top of his game, it is extremely hard to stop him in his tracks. Thiem will want to continue his momentum and make sure he secures some quick victories here at the Austrian Pro Series, but will all of this traveling catch up to him?

Alex Erler is one of the younger players in this tournament and he has played quite well. Erler has nothing to lose here and will want to just make it into a competitive match, a thing he might be capable of doing if Thiem is not 100% after traveling back to Austria on Monday night. Erler will need all the luck he can get but as he has nothing to lose, you cannot discount him easily. Erler will have no pressure and he will come out and give it his all.

This is going to be the first meeting between both players, and there is an astonishing 491 ranking spot difference between the two. This match is not going to be a victory for Alex Erler. The only thing Erler can hope to do is make it into a longer match than it usually would be. Thiem might be tired after traveling on Friday to Belgrade and back to Austria on Monday night, and therefore if Thiem is not at 100%, he might lose a set. Thiem will however win this match in the end as he is the much better player.