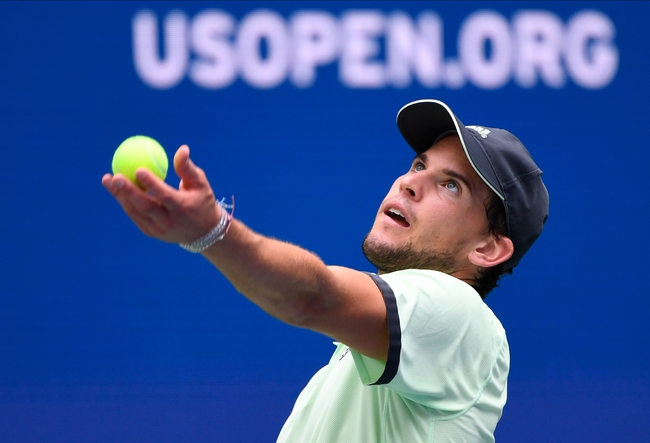 Dominic Thiem is back at the Austrian Pro Series to get some Final 8 matches under his belt before he heads to the Ultimate Tennis Showdown this weekend. Thiem impressed in his first match back on Tuesday, will he be able to keep up the momentum, or will Lukas Neumayer be able to cause an upset?

Lukas Neumayer has played quite solid here at the Austrian Pro Series and has been able to impress his fellow Austrian players. Neumayer has nothing to lose here as he is a young player who wants to just improve in order to get his game up to a level where he can compete on the main tour. Neumayer will fancy his chances to cause an upset here as Dominic Thiem has not been the most consistent here at the Austrian Pro Series. Neumayer can definitely take a set off the world no.3, but can he steal the match too?

Dominic Thiem has been traveling all over the place as or recent, going to the Adria Tour over the weekend, back to Austria now and then he is going to the Ultimate Tennis Showdown this weekend. Thiem's game is impeccable, however, he is not going to be at 100% with all of this traveling. Thiem does not have much time to relax, recover and get his game up to speed sometimes and this has shown a lot here in the Austrian Pro Series. If Thiem is at 100% he should have never lost sets against anyone here at the Austrian Pro Series, but he is not and he has lost many over the last 2 weeks.

This is going to be the first meeting between both players, and unfortunately for Lukas Neumayer, this is going to be a quick Thiem victory. Thiem should be feeling better after getting his first match under his belt here in the Austrian Pro Series Final 8 and he will not want to tire himself out in a long match. Neumayer is only 17 and he will have to play much better than he is capable of if he wants to beat the world no.3.