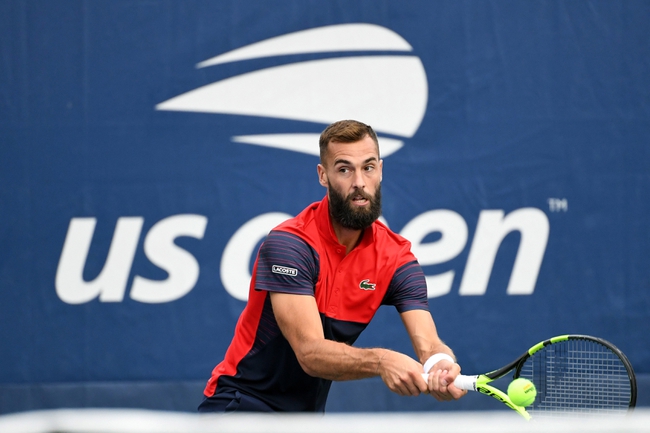 Benoit Paire has so much talent and skill in the way he plays the game of tennis, he can hit incredible shots and is a great mastermind of the game. However, Paire lacks concentration and motivation a lot of the time. Paire does not always concentrate on his matches and this leads to mistakes that should not happen in the first place. Paire could have won some big matches in his life if he just focused all his attention on playing his best rather than being an entertainer. Paire has a lot of talent, but if not used correctly, there's no point in even having it.

Corentin Moutet will be extremely happy to be getting an opportunity to play against some of the best in the game here at the Ultimate Tennis Showdown. Moutet is a solid player with a lot of potential. The young Frenchman impressed against some big players last year, especially against Novak Djokovic at the Paris Masters, making Djokovic work extremely hard for the win. Moutet is going to be one of the best Frenchmen in the game and he will be very excited to get any minutes of competitive tennis under his belt.

This is going to be the first meeting between both players, and in my opinion, this is a much tougher match for Paire. Paire would have beaten Pouille, but now he has another opponent, who's game style he's not too familiar with. Moutet has nothing to lose and he is a solid player who can upset big names. Moutet will come out and force Paire to play his best, and if Paire does not, then this is going one way in my opinion. Paire needs to make sure he is focused otherwise Moutet will win. I just don't see Paire being focused against Moutet.