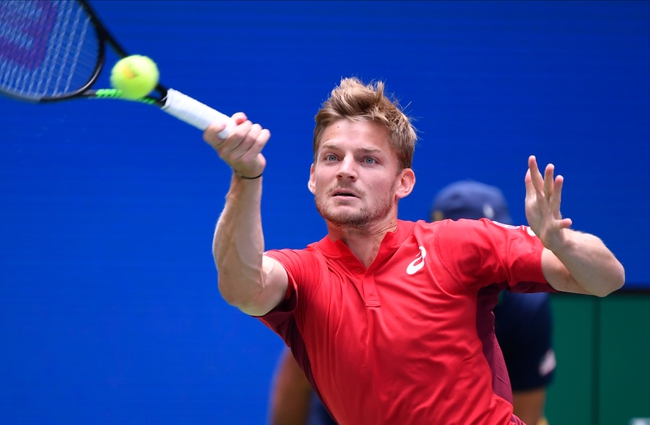 David Goffin will look to get his first win at the Ultimate Tennis Showdown as he meets Alexei Popyrin on the second weekend. Will Goffin finally be able to get a win, or will Popyrin stop the Belgian in his footsteps? All in all, this is going to be an extremely fun match to watch.

David Goffin will be very disappointed with his performances on the first weekend of the Ultimate Tennis Showdown as he went 0-2, losing an extremely tight match against Richard Gasquet and being absolutely destroyed by Matteo Berrettini in his second match. Goffin has not made much use of this new game style and he has to adapt his game more to it in order to win the decisive points in the quarters. Goffin can beat anyone on his day and he will be looking to do exactly that in this second weekend of the Ultimate Tennis Showdown.

Alexei Popyrin has been great in his first two matches at the Ultimate Tennis Showdown. Popyrin went 2-0 in his matches, beating Elliot Benchetrit and Feliciano Lopez 3-1. Popyrin is trying to make a statement and show everyone that he is going to be one of the main youngsters on the tour in the near future. Popyrin is tall, strong, and lightning-fast around the court. This allows him to get on top of points quickly and maintain control throughout the match. However, will his lack of experience hurt him as he now faces David Goffin?

This is going to be the first meeting between both players and it is going to be a very exciting encounter. On one hand, we have a veteran who knows how to beat anyone in the game, and on the other, we have a youngster trying to prove himself amongst the pack. This match is going to be tight, but Goffin seems to have more motivation to win this one. Popyrin is on top of the leaderboards and one loss won't hurt him much. Goffin needs to win this match if he is to compete in this tournament and therefore he will come out and play his best.