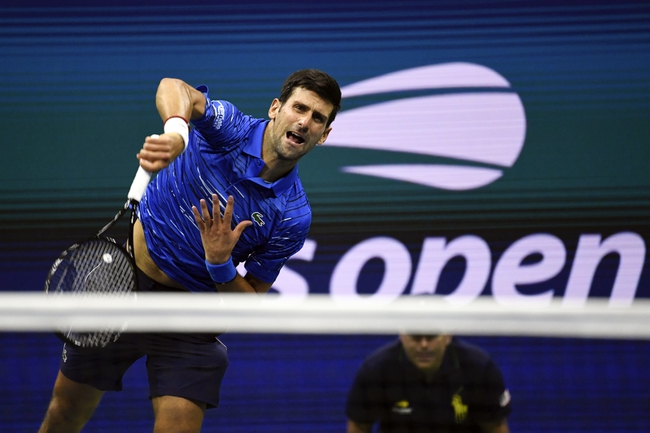 Novak Djokovic starts his second weekend of the 2020 Adria Tour as he meets Pedja Krstin in what will be a fun match to watch. Will Djokovic find better form this weekend, or will he be shocked again by a lower-ranked player?

Novak Djokovic went 2-1 last weekend at the Adria Tour, beating Viktor Troicki and Alexander Zverev, however, he lost to Filip Krajinovic in what was an extremely shocking loss. Djokovic was only very good in his match against Viktor Troicki and struggled both against Krajinovic and Zverev. It is understandable as these were his first few matches back after the break, and I am sure he will have improved his form since then. Djokovic is world No.1 and anyone who comes up against him will be in for a tough match. Djokovic can beat anyone and everyone and he will want to demonstrate that this weekend as he might feel that he was subpar last weekend.

Pedja Krstin must be extremely happy for the opportunity to compete with some of the best players in the world. Krstin is not at all known on the tour and is more of an ITF and Challenger level player. Krstin as Danilo Petrovic, however, has nothing to lose here. Krstin can come out and play freely which will allow him to potentially cause an upset in his 3 matches at the Adria Tour. This will be a dream come true for Krstin just to even play against Novak Djokovic, but will he be able to compete at such a high level?

This is going to be the first meeting between both players and this does not seem like it is going to go any other way than a Novak Djokovic victory. Pedja Krstin has only ever played 5 ATP Tour matches, and has lost 3 of them. Krstin is a challenger level player who is getting an opportunity of a lifetime. However, he has not got the game or the ability to beat Novak Djokovic. Djokovic will come out and finish this match quickly so he can focus on recovering for later in the day.