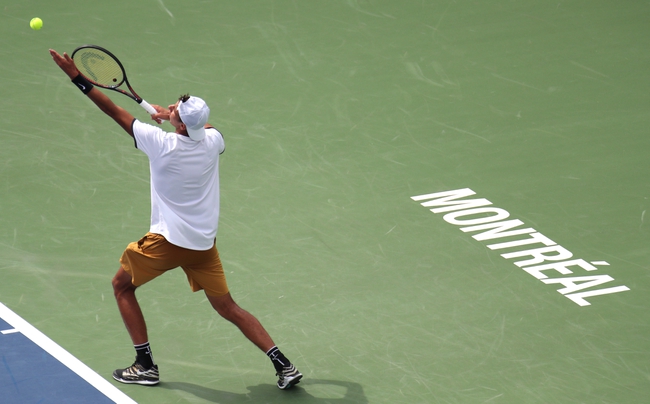 Its the battle of the youngsters here at the Ultimate Tennis Showdown as Alexei Popyrin meets Corentin Moutet in what is going to be an extremely fun battle to watch! There are two players who have so much potential, but who will come out on top, the young Frenchman, or the young Australian?

Corentin Moutet burst onto the scene in late 2019 putting on some solid performances against the likes of Felix Auger-Aliassime and Novak Djokovic. Moutet has a lot of potential and he is definitely good enough to challenge the best names in the game. Moutet is replacing the injured Lucas Pouille who pulled out the last minute. This means that Moutet has nothing to lose here and that he will play his best tennis to ensure he is remembered as one of the best youngsters out there. Moutet is surely going to do great things in his career, but will he begin here at the Ultimate Tennis Showdown?

Alexei Popyrin is also a young player filled with potential. Popyrin has been trying to make a name for himself on the tour for the last year and he is getting to that point where he cannot be forgotten amongst the best young players. Popyrin is on top of the leaderboards here at the Ultimate Tennis Showdown and this is because of the incredible performances he put on in the first weekend of the tournament. Popyrin is determined to make a bigger name for himself and he will continue to give it his all in every match he plays here.

This is going to be the third meeting between both players, and shockingly Corentin Moutet has won both their prior encounters. Their prior encounters were in Qualifying matches for tournaments so the circumstances could have meant that Popyrin did not need to necessarily win that match. However, this still shows who is able to play who better. In my opinion, Popyrin is the better player, but only just. Moutet has a lot of potential and he will want to come out and prove himself, but can he against Alexei Popyrin who has been absolutely incredible here? In my opinion, Popyrin takes it.