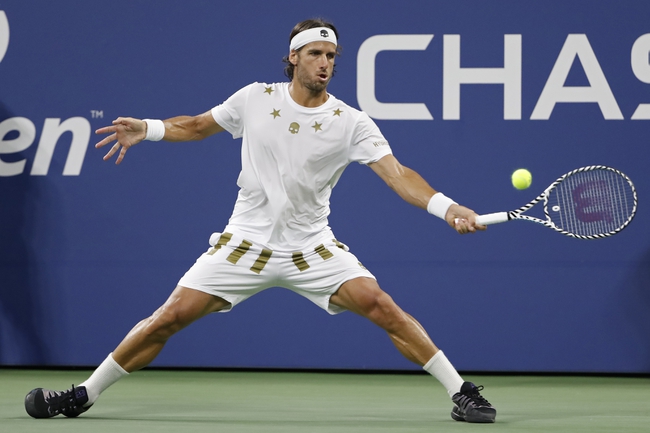 Two veterans of the game meet in what is going to be a very interesting encounter. Feliciano Lopez meets David Goffin and both players will be looking to get a win under their belts here at the Ultimate Tennis Showdown. Who will prevail, the Spaniard or the Belgian?

David Goffin did not have the best first weekend at the Ultimate Tennis Showdown as he did not adapt his playing style to this new format as well as he should have. Goffin is a solid player and can beat anyone when he is on top of his game, however, he has not been able to do that here. Goffin needs to come out and show us his best game and utilize the important points in a better fashion. Goffin needs to get some wins under his belt if he wants to stay in the Ultimate Tennis Showdown and therefore I believe he will play much better this weekend.

Feliciano Lopez is one of the most experienced players on tour and he has put in some solid performances in his first few matches. Lopez's serve is a thing of beauty, however, he is not the player he used to be. Lopez can beat anyone and he can play incredibly well, but if he is not concentrated, he finds it hard to maintain a strong level of competitiveness in matches. Lopez can easily hold his points if he puts in good services, but when it comes to playing long rallies, he is not as good as he used to be.

This is going to be the fifth meeting between both players, with David Goffin leading the head to head 3-1. Whenever Goffin has beaten Lopez it has been an easy win, and when Lopez beat Goffin it was an extremely tight match. This match is not going to be as tight as predicted by some and I think David Goffin will win it. Goffin is the better player at the moment, and he is more motivated to win it as he needs to get some wins under his belt. Give me Goffin.