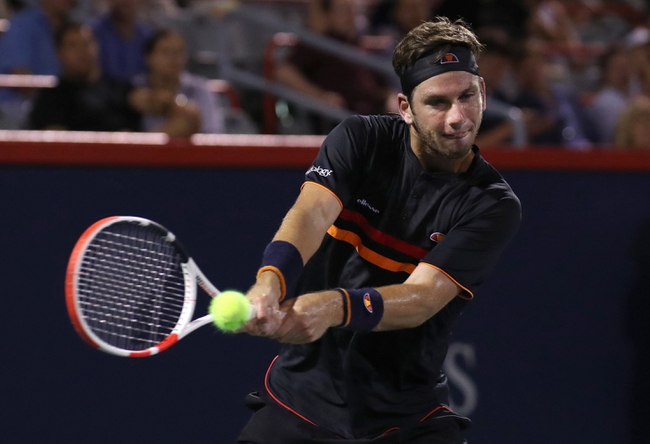 Jack Draper vs. Cameron Norrie - Battle of the Brits

Cameron Norrie looks to get a solid victory under his belt as he meets Jack Draper in both of their first matches at the Battle of the Brits. Will Norrie still have the momentum he created earlier this year, or will the break have allowed Draper to cause an upset?

Cameron Norrie was absolutely incredible in 2019 and the beginning of 2020. Norrie made a name for himself on the tour as one of the most promising lefties. Norrie has a lot of potential and talent which he needs to work on to ensure he makes the most of it in every match. Cameron is fast, has a superb serve and he is a left-hander. This allows him to shock opponents on the court and make matches extremely tough for better opponents. Norrie will be looking to get rid of the rust before the tour restarts in August, and the Battle of the Brits is the perfect way for him to do so.

Jack Draper is an 18-year-old British player who is yet to make a name for himself on the tour. Draper is more of a challenger level player who has never played an ATP match. This inexperience will hurt him against a player of Norrie's caliber. However, it might also work in his favor. Jack Draper has nothing to lose and he will just enjoy the moment here. Draper is very tall, standing at 6ft3, and has a big serve. Also being a left-hander, he can counterpunch Norrie when it matters. Do not underestimate the young Brit.

This is going to be the first match between both players, and it will be a tight one. Norrie is good but playing an opponent who has nothing to lose is extremely tough sometimes. I expect both players to give it their all, and for both of them to also be rusty. Jack Draper has the opportunity to play against ATP Tour players here and he should make the most of it. And the end of the day, this will be a tight match, but Norrie should edge it eventually.