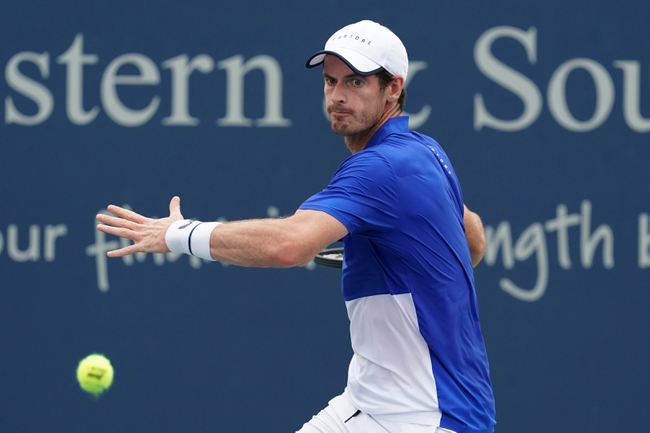 Andy Murray vs. Kyle Edmund - Battle of the Brits

Its the battle of the two former Brit No.1's. Will Edmund show Murray that he is the new kid on the block, or will Murray use his experience to outplay the younger Brit?

Andy Murray looked extremely solid in his first match back after 7 months and he did not give us much confidence prior to the match. Murray put a story on Instagram saying he is not at 100% and he would not be shocked if he lost all of his matches here at the Battle of the Brits. This made some people back the underdog in Liam Broady, however, as soon as he stepped on the court, he just dismantled Broady. Murray wants to get back to his former self, the world No.1, a Grand Slam champion, and a member of the Big 4. Murray has a long way to go, but getting minutes under his belt here is only going to help.

Kyle Edmund was also very solid yesterday, defeating James Ward in straight sets. Edmund looks to be still in form after the break and he will want to build some momentum before the ATP season restarts. Kyle Edmund is one of the most exciting players to watch when he is in full form and it is a shame that his career has not panned out the way it should have. Edmund, however, is still young and he has time to get everything back on track. Will he beat his biggest rival, the man he has always looked up to, Andy Murray?

This is going to be the fifth meeting between both players, with Andy Murray leading the head to head 3-1. Murray has always been the favorite in their prior matches, however, not today. Murray is just not at 100% and Kyle Edmund is. Murray will have to drastically improve his game if he is to cause an upset here. Kyle Edmund will control the match and make it hard for Murray to gain some momentum. It is shocking to be writing this, but it will take Murray a year or so of competitive tennis in my opinion to get back to his former self.