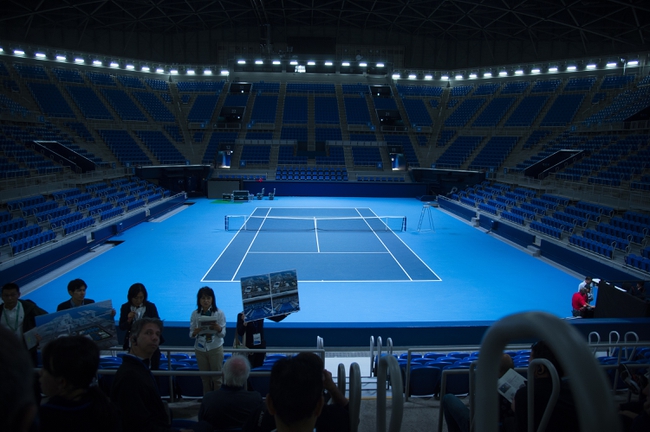 James Ward vs. Liam Broady - Battle of the Brits

The two extreme underdogs in the Battle of the Brits meet as Liam Broady plays James Ward on the second day. Which of these two underdogs will win their first match here?

James Ward will be looking to gain some confidence back as he was absolutely destroyed by Kyle Edmund on Tuesday, losing in straight sets. Ward is no competition for players who consistently play on the ATP Tour, and he will feel more at home playing against a player like Liam Broady. James Ward has been playing professional tennis for the last 14 years but has not played an ATP level match for a while now. Ward mainly plays challenger tournaments and is very experienced in that area. Will Ward use his experience to take advantage of a much less experienced Liam Broady?

Liam Broady is also a very inexperienced player against the big dogs of the ATP Tour, only having played 13 ATP matches, losing 9 and winning 4. Broady got destroyed by a somewhat injured Murray on Tuesday, losing in straight sets. Broady, however, should not be disappointed in his performance. Thanks to this tournament being a Round Robin, Broady can show us his talents for a couple more matches. Broady will want to have fun and he will like to play against a player like Ward who will give him much advice and help him to improve his game.

This will be the second meeting between both players, with James Ward having won their only prior encounter. These two met in the 2016 Challenger tournament in Granby, Canada, and James Ward made easy work winning in straight sets. This will not be as easy of a match for James Ward in my opinion as Liam Broady was much more inexperienced back then. Broady has nothing to lose and he will want to make a name for himself here. Both players will play freely, but I cannot discount Broady's performance against Murray. Broady is younger, faster, and more determined. Give me Liam Broady to win in a potentially very tight match. This might also be a 3 setter, but maybe Broady will just take it in straight.