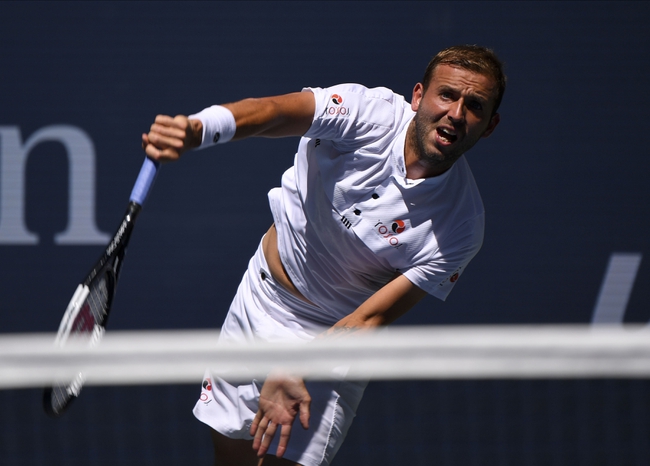 Cameron Norrie vs. Daniel Evans - Battle of the Brits

Two of the most interesting Brits, other than Andy Murray, finally meet here at the Battle of the Brits as Daniel Evans meets Cameron Norrie in what is going to be an extremely tight encounter. Which of these Brits will come through this tough match?

Daniel Evans is like a bulldog, always fighting and never giving up. Evans is a rough player and he is incredibly fun to watch. You would have not expected much from him a couple of years ago, however, last year he turned the engines on. Evans showed us that he is not to be underestimated as he has a very strong forehand, and his one-handed backhand is world-class. Evans is in the latter stages of his career, but he has only recently peaked. It will be good for him to get minutes under his belt here prior to the ATP tour restarting.

Cameron Norrie is one of the younger Brits to have recently burst onto the ATP Tour. Norrie had a solid 2019 season, competing in incredible matches against the likes of Gael Monfils. Cameron has a lot of potential, and it helps him a lot to be a lefty. Norrie will want to prepare himself and condition himself well so that when the ATP Tour restarts, he is in the best shape and form he can be. Norrie is a tough player and he will attack the net at any opportunity he gets. Players should not underestimate him.

This is going to be the second meeting between both players and it is going to be extremely tight. Their first meeting took place in the 2016 Final of Aptos, where Evans won in straight sets. However, since then a lot has changed. Norrie was nowhere near where he is today and he can definitely show Evans that he has improved a lot. But on the other hand, it is difficult to also back against Evans. Evans is peaking at the age of 30 and he will want to get some solid matches under his belt. Evans has more experience and will use this to his advantage in my opinion.