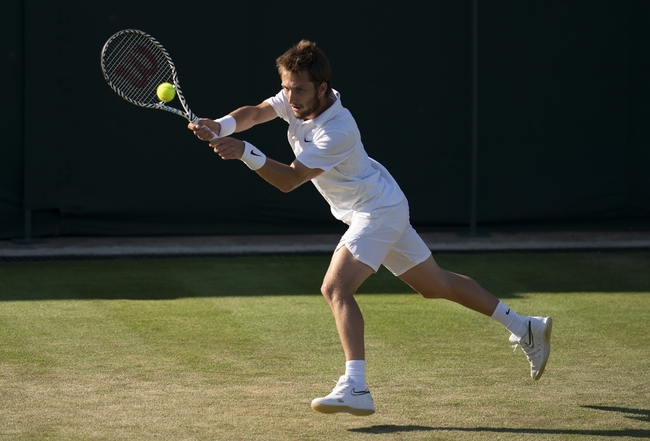 Its a battle of Generations as Corentin Moutet meets Dustin Brown in what is going to be a blockbuster of a match here at the Ultimate Tennis Showdown. Will Dustin Brown finally get his first win here or will the young and determined Moutet spoil the party?

Corentin Moutet came in to replace Lucas Pouille last weekend, and he impressed massively. Moutet absolutely destroyed Benoit Paire in his first match, showing us his potential. Moutet will want to continue to show us why he is to be feared amongst the tennis community and he will look to replicate his performances this weekend. Moutet may be one of the shorter players, but his movement is impeccable, and he is relentless in what he wants to achieve in the tennis world.

Dustin Brown is going to always be remembered amongst tennis fans, for his crazy tennis shots, his amazing upsets against players such as Rafael Nadal. Dustin Brown, however, is not the young and energetic player he used to be. Brown has not won a match here, going 0-4 and struggling massively. Brown, when on top of his game, can beat anyone. However, he has not been on top of his game for a few years now. Brown brings entertainment, fun shots, and amazing rallies, but it is hard to see him bringing extremely competitive tennis.