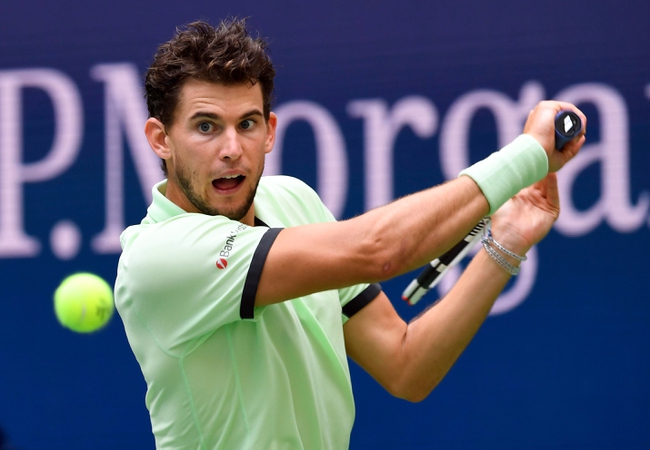 The third weekend of the Ultimate Tennis Showdown is here, and we have some more incredible matchups to watch! In the first match of the day, David Goffin meets Dominic Thiem in what is going to be the Wall against the Dominator. Who will come out victorious?

Dominic Thiem really changed things around last Sunday when he met Stefanos Tsitsipas, beating the Greek 3-1. It was shocking domination from Dominic Thiem as he looked extremely out of form in his first match against Richard Gasquet on Saturday. Thiem had to adapt to the new format and adapt quickly he did. It was a very close match with Stefanos Tsitsipas, but 3 straight points in the last 30 seconds of the fourth quarter allowed him to steal the match. Thiem will have adapted fully to the surface here and to the game style, and I expect big things from him in these next 3 weekends.

David Goffin finally got some momentum going last weekend, winning both of his matches. Goffin needed to sort out his game style to work well with the new rules here at the Ultimate Tennis Showdown. Goffin is nicknamed 'The Wall' here and that is because he is so good at returning every ball. It will be very interesting to see if he can continue to use this momentum to his advantage as he now takes on the world No.3 and a player who has beaten him in the past.

This is going to be the 11th meeting between both players, and shockingly, David Goffin heavily leads the head to head 7-3. All of their 10 meetings were between 2014 and 2017, however, Dominic Thiem has drastically improved since their last meeting. Since their last meeting, Dominic Thiem has made it to 3 Grand Slam Finals, and gotten extremely close to winning his maiden Slam this year in Australia. This is going to be a tight match and the head to head history does not really give you insight into these two players' capabilities. Dominic Thiem is the better player, and he will come out and dominate this match.