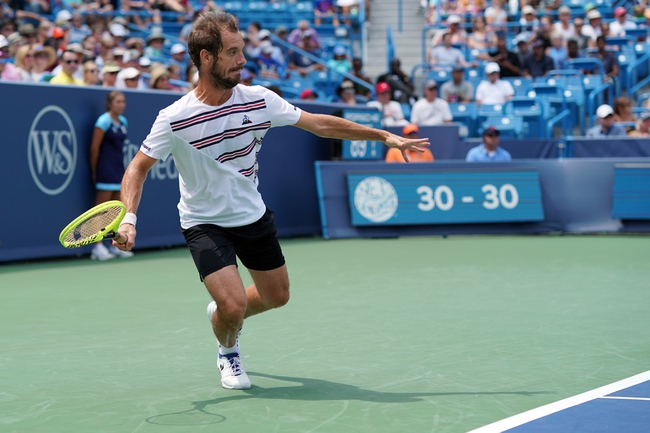 Corentin Moutet was superb last weekend, going 1-1 and showing us why he is a very talented young player with a lot of potential. Moutet is young and he knows he has to prove himself time and time again on the tennis court. Corentin burst onto the scene last year, but 2021 will be his year in my opinion. Moutet is one of the best movers on the court and he is able to compensate for his lack of height. Moutet knows he has nothing to lose and everything to gain, this allows him to continuously give it his all and play well against tough opponents.

Richard Gasquet was written off by many last years, saying that he could never perform at a top-level in the tennis world. However, Gasquet has proven everyone wrong. Gasquet has beaten both David Goffin and Stefanos Tsitsipas, two opponents who would have easily destroyed him last season. Gasquet has a beautiful game and he has one of the best one-handed backhands the game has ever seen. Gasquet knows that he is underestimated by many players and he uses that to his advantage as we have seen here at the Ultimate Tennis Showdown.

This is going to be the first meeting between both players and unfortunately for Corentin Moutet, this is going to be a Gasquet masterclass. Richard Gasquet is back in full form and he will want to continue to dominate here at the Ultimate Tennis Showdown. Moutet is a very solid young player, but he does not have the experience to beat a player of Gasquet's caliber. Richard Gasquet knows he can win the Ultimate Tennis Showdown and he will give it his all. Corentin Moutet will learn a lot from the match but will not be able to beat the more experienced Frenchman in Gasquet.