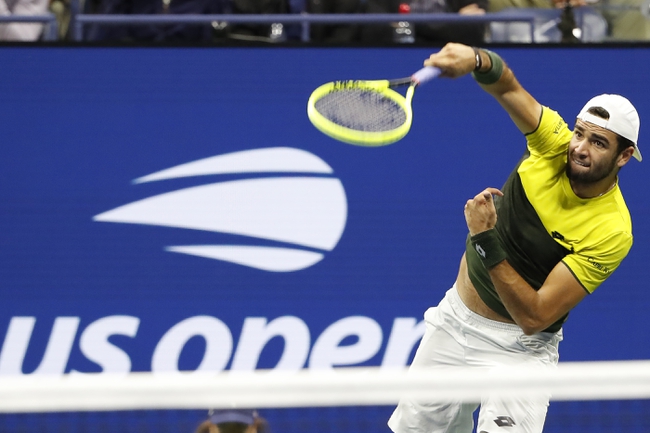 Matteo Berrettini and Richard Gasquet meet on Sunday, July 12th in the Ultimate Tennis Showdown Semi-Final. Will the virtuoso or the hammer take this match? This is going to be a tight encounter and here is our prediction.

Matteo Berrettini has been great here at the Ultimate Tennis Showdown, being the second played to secure his semi-final spot. Berrettini is great on hard courts as his powerful serve and his hammer forehand bounce well on the court in order to make it even harder to return for opponents. Berrettini is continuously improving as a player and he will be very motivated to win the entire tournament. However, there are some doubts for Berrettini here as he has only travelled back on Saturday from Austria. Berrettini played this week in Thiem's 7 tournament in Austria, and he did not look very good. Berrettini lost to Andrey Rublev and to Karen Khachanov, two players he should be beating with ease. Will Berrettini get back on track here?

Richard Gasquet has revived his game here at the Ultimate Tennis Showdown and he is going to be incredibly tough to beat. Gasquet struggled so much in 2019, returning from back surgery and struggling to get his game back on track afterwards. The break in tennis really allowed Gasquet to get his body back to 100% and he got his game back to 100% as well here at the Ultimate Tennis Showdown. Gasquet has a real chance of winning the entire tournament.

This is going to be the second encounter between both players, with Matteo Berrettini leading the head to head 1-0. Berrettini beat Richard Gasquet at the 2019 US Open in 4 sets. As previously said, Gasquet was not in his best form in 2019 due to his return from serious injury and his performance there was definitely sub-par. Berrettini is a solid player who can beat the best players in the world, however, I think Gasquet is in much better form at the moment. Gasquet is better rested, better at the UTS and just the more experienced player. I think Gasquet makes the Final.