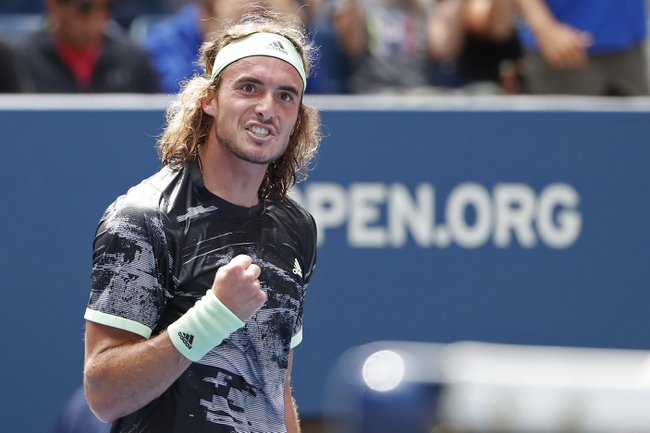 Stefanos Tsitsipas meets David Goffin in what is going to be an incredibly tight Ultimate Tennis Showdown semi-final encounter. Will the more experienced player take the victory, or will the world No.6 show us his incredible game?

Stefanos Tsitsipas has been nothing short of incredible here at the Ultimate Tennis Showdown. Tsitsipas in my opinion is going to be the first Grand Slam Champion out of the young players in the top 10. Tsitsipas in incredibly tall, has a massive serve, has a superb one-handed backhand, and has the mentality of the likes of Federer, Nadal, and Djokovic. Tsitsipas is the favourite to win the UTS and he has a lot of experience on these Mouratouglou Academy courts as he has trained here for many years. Will Tsitsipas show us why he is one of the best players in the world at such a young age on Sunday?

David Goffin took a while to get his game adapted to the format here at the Ultimate Tennis Showdown, but when he finally got it on track, he has been a tough player to beat. Goffin was very solid to get himself a semi-final spot here and he will want to win the entire thing. Goffin has a lot of experience and he has beaten some incredible players this year, one of which was Rafael Nadal. Goffin has to make sure he is on top of his game here if he wants to make it to the Ultimate Tennis Showdown final later that day.