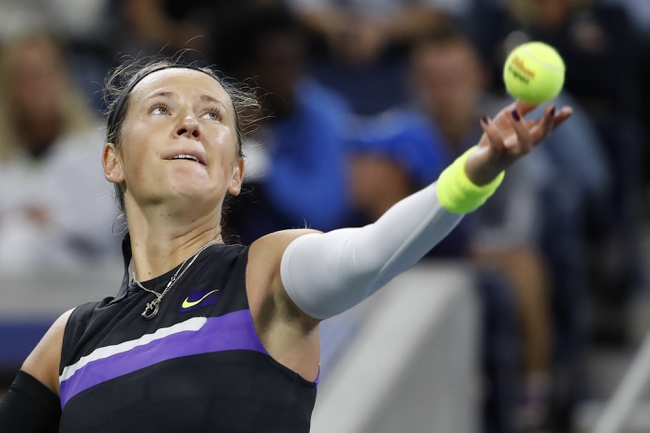 Victoria Azarenka and Johanna Konta meet in the semifinals of the 2020 tennis Western & Southern Open.

Johanna Konta is coming off a straight sets win over Maria Sakkari that took 19 games to decide. In the victory, Konta won 82 percent of her first serve points and 73 percent of her second serve points. Konta won 78 percent of her total service points and converted on three of her 12 break points. Konta saved both of her break points and got 56 percent of her first serves in play. Konta has won all six sets this tournament and hasn’t been broken once. Konta looks to make her second career final appearance in a Premier 5 Tournament and the ninth final appearance of her career overall. Konta has won seven of her last 10 matches on hard court.

These two have played three times and Konta has won two of those matches, including the most recent meeting in 2018 Montreal. Azarenka’s lone win over Konta came in 2016 Miami. All three matches were decided in straight sets.

Azarenka is having her best stretch in quite some time, but it’s important to note she’s still mixing in a bunch of unforced errors and her serve is still shaky. Against one of the more solid players on the tour in Konta, who doesn’t make a ton of mistakes and hits the ball with great pace, Azarenka is going to have a hard time unless she drastically cleans up her game.

Konta should win this match and make the ninth final appearance of her career.