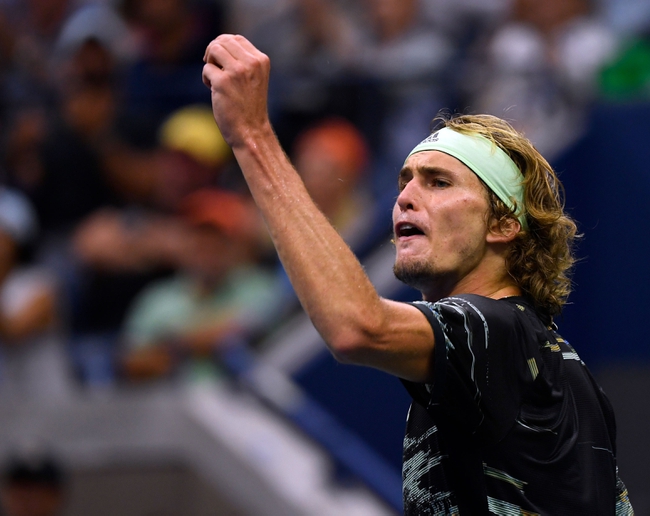 Kevin Anderson and Alexander Zverev meet in the first round of the 2020 tennis US Open.

Kevin Anderson made the second round in Cincinnati before losing to Stefanos Tsitsipas in straight sets, and he’s lost three of his last four matches overall. Anderson has played just two matches since New York back in February, and he’s coming off a match where he had just one ace and won 51 percent of his total service points. Anderson relies heavily on his serve and free points, so when that’s not dialed in, the rest of his game is going to suffer. Anderson has 18 career wins over top-10 players, but he hasn’t had one since 2018. Anderson has been bounced in the first round of a grand slam once since 2017, and he hasn’t lost in the first round of the US Open since 2012. Anderson has split his last eight matches on hard court.

Alexander Zverev is coming off a first round exit in Cincinnati after losing to Andy Murray in three sets. In the losing effort, Zverev had 11 double faults, was broken four times and won 60 percent of his total service points. Zverev has played four matches this month when you throw in exhibition play, but he’s clearly rusty and may need some time to get back in the swing of things. Zverev has lost in the first round of  a grand slam twice since 2017 and his 58 percent winning percentage at the US Open is his lowest of any of the grand slams. However, Zverev hasn’t lost in the first round of the US Open since 2015, his first appearance at this event. Zverev has won seven of his last 10 matches on hard court.

These two have played five times and Zverev has won every match, including the most recent in the 2018 Laver Cup. Three of the five matches were decided in three sets.

This is a dangerous first round match for Zverev, as he didn’t look great in Cincinnati, and he’s going up against a veteran who plays hard and can be a pain in the butt when serving well. When Anderson is serving bombs and piling up the free points, he can drag a match out and eventually pull out the victory. With that said, Anderson hasn’t looked great in his own right and hasn’t been on the top of his game in a couple years. I also think Cincinnati was a wake up call for the young Zverev, and we should see a more focused player here.

Give me Zverev in four sets.