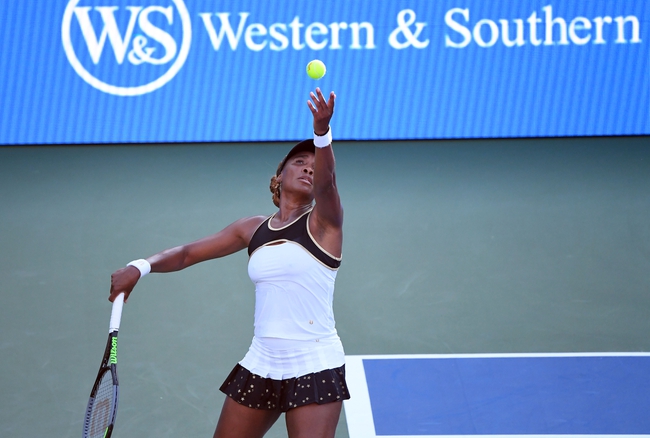 Venus Williams and Karolina Muchova meet in the first round of the 2020 tennis US Open.

Venus Williams is coming off a three set first round loss in Cincinnati where she won 57 percent of her total service points and was broken five times. Venus has lost back-to-back three set matches and has lost six of her last eight matches overall when you include exhibitions. Venus is having trouble with her serve, unforced errors and she’s hit 19 double faults in her last two matches combined. At now 40 years old, Venus is pretty much a hit or miss player at this point and the ups and downs throughout a match are going to take place. Venus has lost in the first round of a grand slam in three of her last four appearances, but she’s never lost in the first round of the US Open. Venus has lost six of her last eight matches on hard court.

Karolina Muchova made it to the second round in Cincinnati before losing in three sets to Naomi Osaka. Muchova has played six matches since July when you throw in exhibition play, and she’s 4-2 in those contests. Muchova is coming off a match where she won 62 percent of her total service points, hit four aces and was broken four times. Muchova has to be happy about where her game is at after playing five sets in Cincinnati and taking the best player in the world to two and a half hours, which included winning a first set tiebreak. Muchova is 5-1 in career first round matches in grand slam play. Muchova has won four of her last five matches on hard court.

Venus has never lost in the first round of the US Open, so there’s that edge she has entering this match. The issue is Venus continues to struggle with unforced errors and can have issues getting her first serve in play. Muchova has been a top-30 player in the world for a while and her fitness will allow her to push Venus physically while increasing the chances of unforced errors. You never want to count Venus out, but this just feels like a bad spot for her given where she’s at with her game.

Muchova advances to the second round.