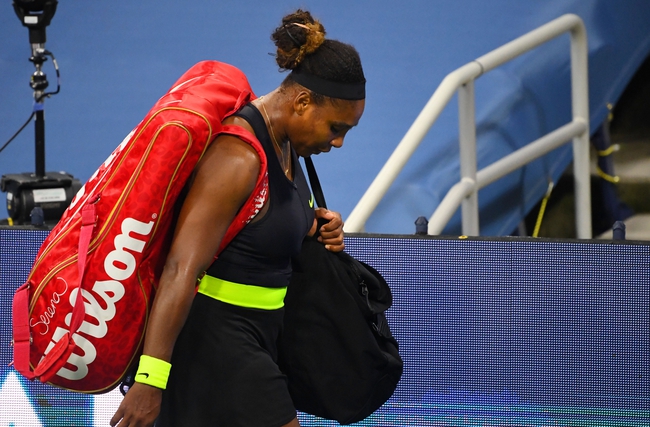 Serena Williams and Kristie Ahn meet in the first round of the 2020 tennis US Open.

Serena Williams lost early in her second match of Cincinnati, but she gained valuable reps by playing six sets in two matches. Serena has played just five matches since the Fed Cup in February, so there’s some rust to her game and it may take a while for her to really get in the swing of things. Serena is coming off a match where she won 59 percent of her total service points and gave her opponent 19 break points. Serena is clearly going to have to work through her game to return to the player we’re used to seeing. Serena hasn’t lost in the first round of a grand slam since the 2012 French Open. Serena has never lost in the first round of the US Open. Serena has split her last six matches on hard court.

Kristie Ahn failed to qualify for Cincinnati after losing to Leylah Annie Fernandez in straight sets, but she’s played six matches since July when you include an exhibition and qualifying, so rust shouldn’t be an issue to her game. Ahn has won eight of her last 13 matches when you include exhibitions and qualifying matches. Ahn is a 28-year-old from New York who has had very little success in big tournaments and has done most of her damage in ITF play where she’s won seven titles and made 13 final appearances. Ahn doesn’t have a win over a top-10 player in her career. Ahn is 1-4 in grand slam first round matches, and she made the fourth round of last years US Open. Ahn has won four of her last six matches on hard court.

Serena is going to take a while to get going, but she’s still good enough to get the job done early in these tournaments. Grand slams are a different beast and with Ahn lacking the big match experience, she’s likely going to struggle out of the gate. Yes, Ahn made the fourth round of the US Open last year, but the draw was much more favorable. Even a rusty Serena should hit her way through this match while Ahn battles nerves and tries to keep up with overwhelming power.

Give me Serena in straight sets.