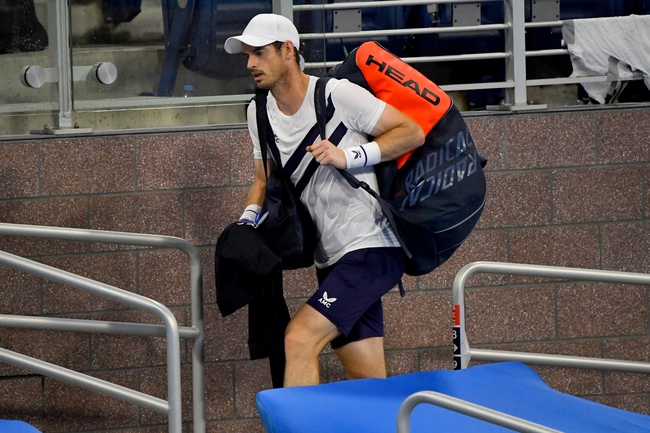 Andy Murray and Yoshihito Nishioka meet in the first round of the 2020 tennis US Open.

Andy Murray is coming off a third round trip at Cincinnati where he was able to play eight sets and beat respectable players such as Frances Tiafoe and Alexander Zverev. Murray is moving well out there, he’s been able to get free points with his serve and his return has given him chances to stay in matches. The fact Murray was also able to play eight sets not only gets him in a rhythm and knocks off any potential rust, but it was a good test for his hip and should give him increased confidence heading into this tournament. Murray has lost in the first round of a grand slam just once since 2009, which came in the 2019 Australian Open. Murray has split his last six matches on hard court.

Yoshihito Nishioka hasn’t played a match since Dubai back in February, so there’s serious questions about his form entering this tournament. Nishioka was playing respectable tennis before the COVID break, which included a final trip at Delray Beach, but the fact he hasn’t played any exhibitions or matches to kind of get him in a rhythm is a bit concerning. Of course, Nishioka has never been a big match player, and he’s just 8-16 in his career in grand slam matches. Nishioka has lost in the first round of a grand slam four times since 2018. Nishioka is 3-2 in career first round matches at the US Open. Nishioka has matches on hard court.

There’s no mach history between these two players.

Murray showed encouraging signs in Cincinnati and should be able to build on that success knowing that the hip is holding up. Nishioka hasn’t played a match since February, and while guys are obviously training and staying fit, no matches in over six months is a major red flag and is a guarantee for rust. You’re going to see some missed shots from Nishioka in this match and struggles with his serve at times. You don’t want an ice cold player throwing himself in a grand slam.

Murray should cruise in this match, and I wouldn’t be shocked if its a three setter.