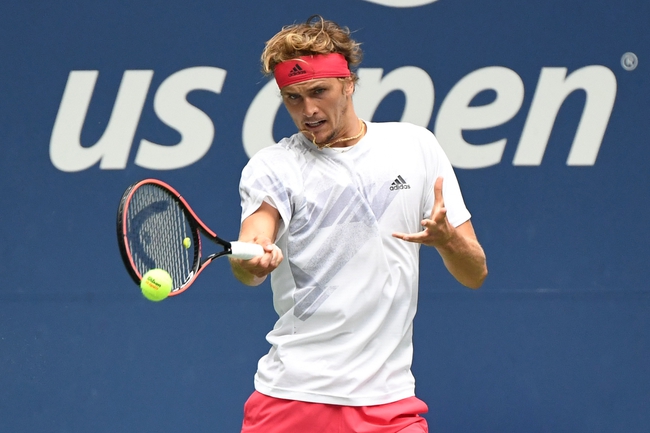 Brandon Nakashima vs. Alexander Zverev - 2020 US Open Second Round

Alexander Zverev meets Brandon Nakashima in the second round of the 2020 US Open. Will Zverev be as strong as he was against Kevin Anderson or will he give up a lot of easy chances with his second serving issues?

Alexander Zverev was incredibly solid in his first-round matchup against Kevin Anderson, beating the South African in 4 sets. Zverev played quite shockingly last week when he lost to Andy Murray in a match he was in control of. Zverev's achilles heel is his second serve. He either has incredible days on his serve, or he is just terrible and cant hit the ball into the box. Zverev will want to show the entire world that he is a solid player and that he is going to improve and be the man in the tennis world, however, it is hard to see him winning a tournament like this until his game is fully working.

Brandon Nakashima played a solid match against Paolo Lorenzi on Monday, beating the Italian veteran in straight sets. Nakashima was very consistent on both his first and second serve, winning 82% and 74% of points respectively. Lorenzi is a much more experienced player and Nakashima was not afraid of giving it his all to win this match. Nakashima has a bright future ahead of him and I am sure that in a couple of years he will be a better known player on the ATP Tour, making more appearances in tournaments, not only the Grand Slams.

This is going to be the first meeting between both players and to be quite honest I think this is going to be a tight match for Zverev. Zverev is, of course, the better player out of the two, but if his serve is not at its best, he might lose a set. Zverev will come out victorious here I have no doubt about it, but he will struggle in some aspects, especially with Nakashima's strong return game. I expect Zverev to split the first two sets and then seize control of this match. Alexander Zverev to win in 4 sets.