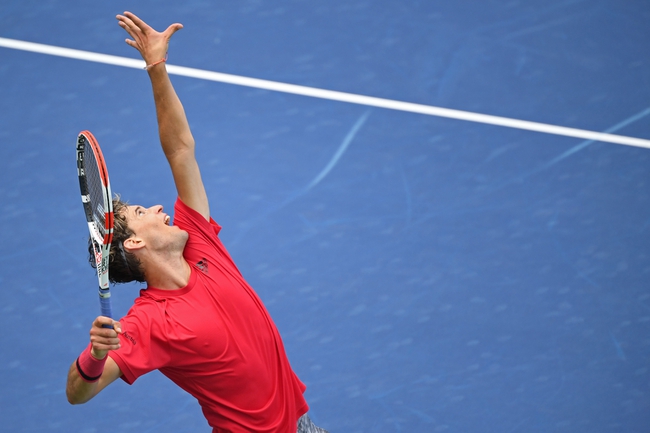 Sumit Nagal vs. Dominic Thiem - 2020 US Open Second rOUND

No.2 seed and world No.3, Dominic Thiem meets Sumit Nagal in the second round of the 2020 US Open. Will Nagal make history once again or will Thiem march through to the third round?

Sumit Nagal made history on Tuesday, becoming the first Indian to win a Men's Singles main draw match at the US Open. Nagal is not a well known player but he showed us his determination on Tuesday by beating homegrown Bradley Klahn in 4 sets. Nagal will now be looking at how he can limit the damage Thiem will impose on him on Thursday and potentially cause an upset to write history once again. It is a far fetch, but it is not something that cannot happen as anything can happen in tennis, especially at a Grand Slam.

Dominic Thiem improved heavily on his poor first round performance at the Cincinnati Masters last week, absolutely dominating Jaume Munar in the first two sets before Munar had to retire due to injury. Thiem knows he has a solid chance of winning the US Open, and he will have a vendetta to prove that he can win Slams after winning all 3 of his Grand Slam finals. Dominic Thiem seems to have adapted to the speed of these US Open courts and if he is able to continuously improve, he will be dangerous here. It is also Dominic Thiem's 27th birthday today and he will be extremely motivated to have a solid performance on his birthday.

This will be the first meeting between both players and unfortunately for Sumit Nagal, this will be a match with one-way traffic. Dominic Thiem is a far superior player and he knows that he needs to give it his all here at the US Open if he wants to win it. Nagal on the other hand might still be riding the high of creating history and he does not have the game to handle Thiem's power and accuracy. Thiem will come through this match quite easily and he will look at how to continously improve his game to give himself the best chance of lifting the US Open trophy. Take Dominic Thiem in Straight Sets.