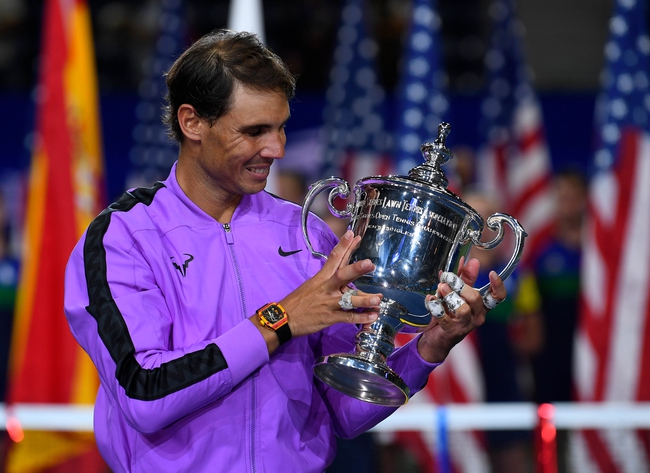 The 2020 US Open is one of the only chances for players to win a Grand Slam in what has been a turbulent year. With the US Open and Roland Garros being very close to each other on the new ATP Tour schedule, it is going to be the hardest time to predict an outright winner. However, here are my predictions for the best players to bet on.

In my opinion, this US Open will see a maiden Grand Slam champion be crowned. Rafael Nadal, the defending champion, does not seem too motivated to retain his title as he would rather focus on Roland Garros, a tournament in which he is the clear favorite. This leaves the door open for many experienced and young players to come out on top. Novak Djokovic is the clear favorite, however, with this pause in tennis and his close call against Thiem at the 2020 Australian Open, I could see the younger generation beating him.

One player which stands out to me as a promising outright winner is Stefanos Tsitsipas. Tsitsipas has beaten all of the Big 3 in the last year, multiple times! Tsitsipas has the talent, confidence, and the mentality to win the US Open. With this break, I am sure that Tsitsipas has been working extremely hard to improve his game and he will come back on the tour better than ever. He is quoted at +1400, a very good bet.

Another player who might be able to win his maiden Slam is Dominic Thiem. Thiem played incredibly well in Melbourne at the Australian Open and was so close to winning the final. Thiem has been in 3 Grand Slam finals and he is surely going to win one soon. Thiem, like Tsitsipas, is one of the only players who are able to consistently beat the Big 3. This will come in handy in a Grand Slam and he could be a valuable option at +1000.