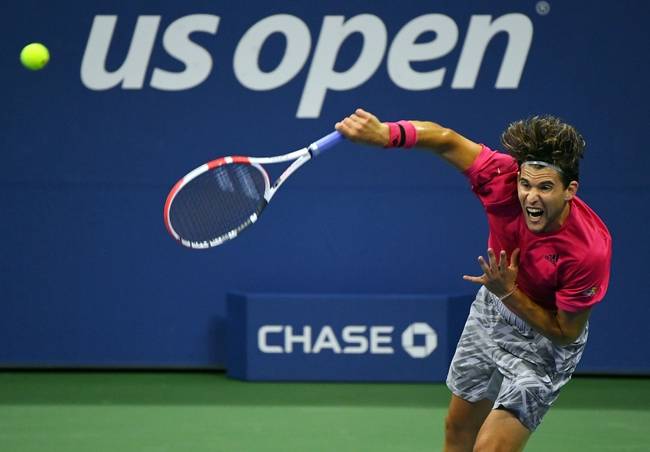 Felix Auger-Aliassime vs. Dominic Thiem - 2020 US Open Fourth Round

Dominic Thiem meets Felix Auger-Aliassime in the Round of 16 of the 2020 US Open on Monday, September 7th 2020. Will FAA continue his extreme run of form, or will Thiem's experience and game put an end to it?

FAA has been superb here at the US Open, beating the likes of Andy Murray with ease. FAA has seemed to have found a way past the mental block he has for a lot of last year. FAA has been consistent on his serve and backing himself in all the shots he takes. FAA beat Corentin Moutet with ease in the last round in straight sets without even looking on the backfoot at any time. FAA knows that on his day he can beat many of the youngsters here at the US Open, however, will he have the mentality to believe he can beat a 3x Grand Slam finalist in Dominic Thiem?

Dominic Thiem has been cruising through his first 3 matches here at the US Open, beating the likes of Marin Cilic with ease. Thiem has a lot of experience and now that Novak Djokovic is out of the US Open, he knows that if he reaches the final he will be the favorite no matter who his opponent is. Thiem will know that this is his tournament now and he will have to give it his all as this is a once in a lifetime opportunity for any player to play in a Grand Slam without all of the Big 3.

This is going to be the first meeting between both players and it is going to be a tight one. FAA of course has been in superb form here, but I think the buck stops here. Dominic Thiem will be extra motivated to win here and continue his run in the US Open as now Novak Djokovic is out. Thiem will fight for every point, will give it his all and will not give anything away easily. FAA will feel this pressure from Thiem from the first point and he will eventually not be able to keep up with him. Dominic Thiem will win and book his spot in the quarterfinals.