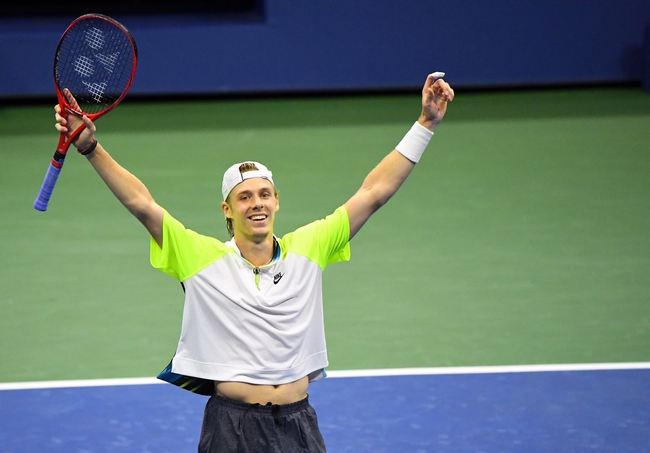 Denis Shapovalov meets Pablo Carreno Busta in the quarter-final of the 2020 US Open on Tuesday, September 8th 2020. Will the Shapo continue his incredible run of form, or will Pablo Carreno Busta's strong return and mentality edge him to victory?

Pablo Carreno Busta would be the most unlikely candidate to be here in the quarterfinal against Denis Shapovalov, as everyone and their mother would have bet the house on Novak Djokovic to defeat the Spaniard in the Round of 16. Djokovic was fairly or unfairly, however you want to see it, defaulted from the tournament after accidentally hitting a line judge in the throat with a ball. The scandal which that caused has allowed for the US Open to become an increasingly open and interesting tournament with a guaranteed new Grand Slam champion. Pablo Carreno Busta is more than deserving of being here and knowing his game, he can definitely challenge and potentially win this match.

Denis Shapovalov has been a busy man here at the US Open, playing a match every day as he has been also successful in the Men's Doubles. Shapovalov has played long matches and has played long doubles matches. Shapovalov has improved since the beginning of the year and he will know that this is his time to shine, especially with the likes of Djokovic out of the tournament. Shapovalov just needs to ensure he is consistent and he does not have mental lows in his matches which usually result in his becoming impatient in his games.

This is going to be the fifth meeting between both players, with Pablo Carreno Busta leading the head to head 3-1. Shapovalov will feel that this is his time to shine and that he will deserves to be in the semifinals. However, I don't see him being able to do that here. Shapovalov has played long matches, is definitely tired and might have less mental strength than his opponent. Pablo Carreno Busta has been in this position before and has reached a Grand Slam semifinal in his career. Carreno Busta is also the fresher of the two, and seemed to be on top of his game in the first set against Novak Djokovic. It will be a long match, but Pablo Carreno Busta should come through.