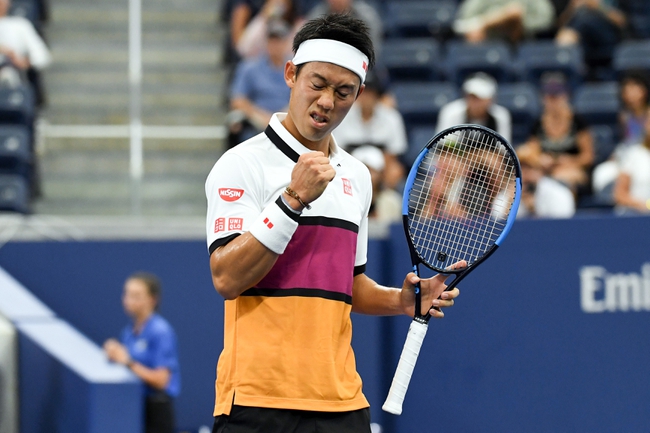 Kei Nishikori is finally back on tour and he is playing in his first round match at the Kitzbuhel Open against Miomir Kecmanovic! Will Nishikori come back and show us what we have missed for such a long time, or will Kecmanovic spoil the party before it even begins?

Miomir Kecmanovic is a very solid player, especially on clay. Miomir had a great 2019 season, reaching the NextGen Finals and putting on solid performances throughout the clay court swing of the season. Pella is determined, strong, and has a great ability to return against players who do not have big serves. Kecmanovic will know that he is a contender for the title here in Kitzbuhel, but will he be able to come through what is going to be an extremely tight first round match against a Grand Slam finalist in Key Nishikori.

Kei Nishikori is one of the best players on tour when he is on top of his game, but injuries have plagued his last two seasons. Nishikori seems to be finally back at 100% and he will be able to play more and more in tournaments which is great news for tennis fans and the ATP Tour. Nishikori is one of the best returners of the game, and clay is his favourite surface. This tournament will be a strong way for Nishikori to get match fit and get some minutes under his belt before the big clay tournaments later this month.

This is going to be the first meeting between both players and in my opinion this is going to go down to the wire. I think Kecmanovic will grab the first set because Nishikori has not played competitively in such a long time, however, Nishikori will be able to get in his groove eventually in the second and third set. Nishikori needs these matches under his belt and he will give it his all as he usually does and provide us with an incredible display of tennis. Kecmanovic will understand that Nishikori is the favourite here, and he might not be able to deal with the pressure later on in the match.