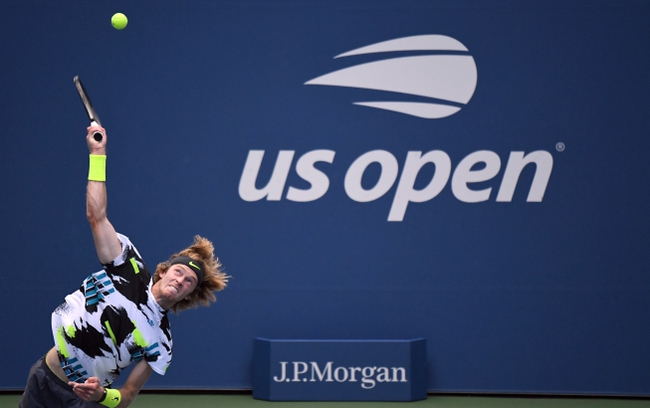 It is the battle of the Russians as Daniil Medvedev meets Andrey Rublev in the quarterfinals of the 2020 US Open in New York on Wednesday, September 9th 2020. Will it be the 2019 US Open Finalist to come through, or will it be the fiery Rublev?

Andrey Rublev has been superb here at the US Open, winning all of his matches in straight sets, except for his last match against Matteo Berrettini which he won in 4 sets. Rublev is having a great year, already having two titles under his belt and showing us that he is one of the best youngsters in the game. Rublev has raw power and had the ability to give it his 100% on every single point throughout a match. This will be the furthest Rublev has ever been in a Grand Slam and it will be interesting to see how he handles the big occasion and the pressure that come with it.

Daniil Medvedev has been on a roll here at the US Open, not dropping a set and not looking vulnerable at any time during any of his matches. Medvedev knows that he is one of the favourites to win the title here in New York this year and he will be giving it his all to at least get to the Final again. Medvedev really shined in his last match against Frances Tiafoe, beating the American in straight sets with ease. Medvedev now knows he has a stronger opponent on this side of the court and he will be looking to put on a superb performance again.

This will be the third meeting between both players, with Daniil Medvedev leading the head to head 2-0. Medvedev and Rublev met twice last year and Medvedev dominated both matches winning them in straight sets. I expect Medvedev to win this match as he is able to play extremely long rallies and is a superb mover around the court. Rublev on the other hand sometimes still gets impatient in rallies and might pull the trigger too early on some points. Medvedev will win here, but I also expect him to drop one set to his fellow Russian.