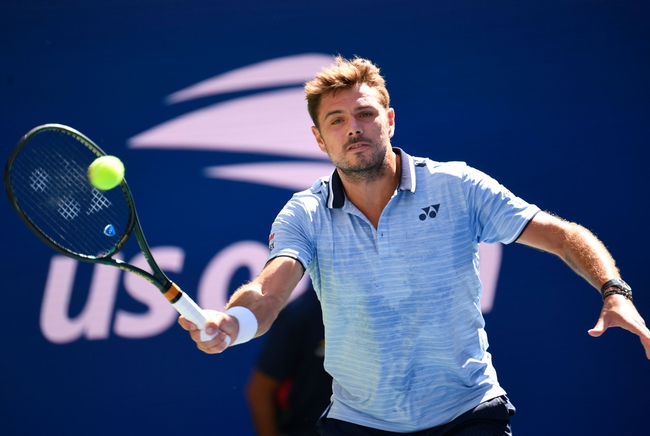 Stan Wawrinka meets Lorenzo Musetti in the first round of the 2020 Rome Open on Tuesday, September 15th 2020. Will Stan the Man begin his clay court main tour season with a win or will the young Italian cause a shocking upset?

Lorenzo Musetti is an up and coming Italian tennis player with a lot of potential. Musetti has a strong baseline game and he will definitely be motivated to make a name for himself in the next few years on the main tour. Musetti in my opinion still has to develop his game a lot if he is to compete in these big Masters 1000 tournaments, and I believe his game will more strongly develop if he focused his attention on ATP250 tournaments and challenger tournaments. Musetti will make it on the main tour in the next couple of years, I just do not see him being a threat at the moment to the big players.

Stan Wawrinka has been training on clay for the last month as he awaits his return to the main tour with his first round match here in Rome. Wawrinka won the Prague Challenger tournament last month and he has been getting his game back up to speed to compete here in Rome. Wawrinka's game is so beautiful to watch as he has a sniper serve and his backhand and forehand are a thing of beauty. Wawrinka will want to go far here in Rome to get more competitive minutes under his belt and set himself up nicely for a strong run at Roland Garros beginning at the end of the month.

This is going to be the first meeting between these two players and this is going to be a one-way traffic match in my opinion. Musetti is going to have too much respect for Wawrinka and I think the moment is going to get the best of him, whilst Wawrinka will just be focused on the task at hand. Wawrinka's game is incredible and Musetti will not be able to keep up with him on a clay court. Take Wawrinka to win in straight sets.