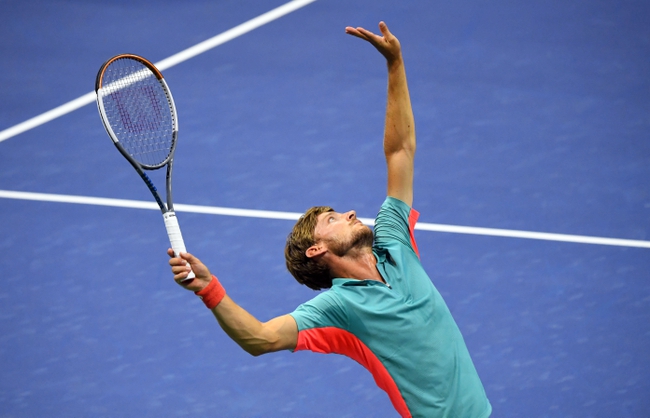 David Goffin meets Marin Cilic in the second round of the 2020 Rome Open. Will Cilic improve after a hard-fought first round encounter or will the return game of David Goffin be too much for the Croatian?

Marin Cilic beat Alexander Bublik in his first round encounter in a very tight match. Bublik took the opening set in a tiebreak and then Cilic finally stepped up in his game. Bublik began to make more and more mistakes on his serve and it was not long until Cilic decided to take advantage of this and take the match in his hands. When things are not going well for Bublik he basically stops trying too hard and did not really pose much of a threat down the line in his match against Marin Cilic. Cilic will want to perform better from the get go here however as he knows he cannot afford to lose the opening set here.

David Goffin is one of the best returners in the game and he will be very determined to get his clay court season started with a positive win here in Rome. Goffin is able to move very well on clay and he is able to basically return everything. This means that opponents need to paint the lines to beat Goffin and this allows him to dominate in many matches he plays on clay. Goffin had a good US Open campaign, eventually losing in the fourth round to Denis Shapovalov. Goffin will be determined to win here in Rome and bounce back.

This is going to be the 8th meeting between both players, with David Goffin leading the head to head 4-3. This is going to be a very tight match and if Cilic was playing his best I would suggest he would win. However, Cilic is still not playing at his best form and Goffin is. I expect this to perhaps be a 3-setter, but I think Goffin's return game will be too much for Marin Cilic today. Take David Goffin to win and book his spot in the second round of the 2020 Rome Open.