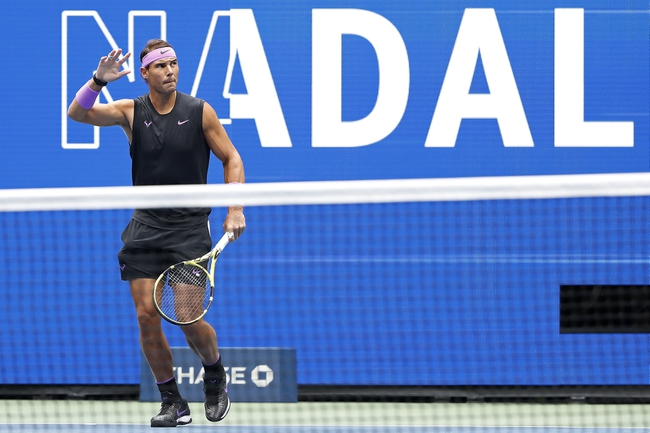 The King of Clay and the defending champion, Rafael Nadal, is finally back on the tour and we cannot wait! Nadal will look to win his 10th Rome Masters title this week and prepare himself to win a 13th Roland Garros title next month. Nadal faces fellow Spaniard, Pablo Carreno Busta, in what is going to be an extremely fun encounter on Wednesday.

Pablo Carreno Busta had a great run at the US Open these last two weeks, reaching the semifinals and at one point we all thought he was going to reach the final. PBC was up 2-0 against Alexander Zverev in the semifinal and shockingly Zverev was able to fight back and then the mistakes form PBC started flowing. PBC had us all believing in his run to the final but chocked and ended up empty-handed. This should not take away, however, anything from his incredible run, beating the likes of Denis Shapovalov along the way.

Rafael Nadal is back and he has been preparing a lot for his return to the tour. Nadal is one of the best players of all time, if not the best, and on clay he is the best and there is no comparison. Nadal plays beautifully on this surface and can beat anyone without an issue. Nadal will be looking at his side of the draw and unless he has any injury issues, he will most definitely reach the final, and perhaps meet Djokovic there like he did last year. Nadal will be determined and be prepared for him to dominate.

This is going to be the 6th meeting between both players, with Rafael Nadal firmly holding a 5-0 lead in their head to head. Pablo Carreno Busta had a great run at the US Open and that will give him some confidence coming into this match, however, he is playing the King of Clay. Rafael Nadal has this match in the bag and he will come out and dominate. Expect Nadal to want to get this match done in straight sets to preserve his energy for any potential tougher opponents down the line.