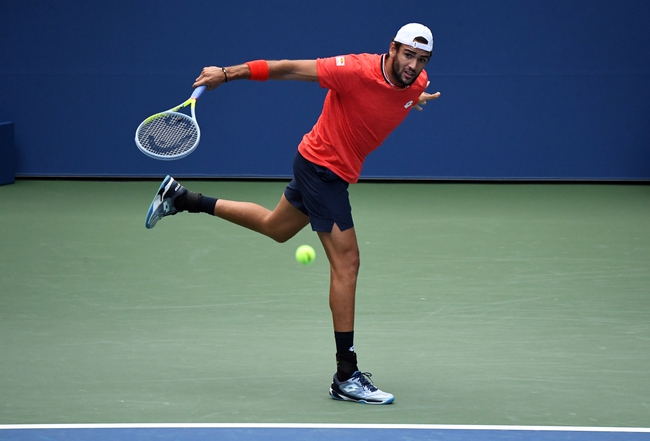 It is the battle of the Italians here in the third round of the 2020 Rome Open as Matteo Berrettini meets Stefano Travaglia on Friday, September 18th 2020. Will it be the World No.8 to come through or the lower-ranked Italian?

Stefano Travaglia came through two hard-fought matches against both Taylor Fritz and Borna Coric, both in which he was the underdog and proved us wrong. Travaglia loves playing on clay and can be a threat to big players as we saw in his previous two encounters, but for sure he is most remembered for defeating Stefanos Tsitsipas at Wimbledon in 2019 in the first round. Travaglia will now be looking at his fellow Italian and wondering whether he can make it 3/3 in underdog victories here in Rome. After his first two matches I am sure that Stefano Travaglia will have the confidence to take this one if given the chance.

Matteo Berrettini made easy work of Federico Coria on Wednesday, beating the Argentinian in straight sets and booking his spot into the third round here in Rome. Matteo Berrettini is looking extremely solid in his play with the ability to his absolutely monster served and powerful forehands. Berrettini is only going to improve in my opinion and if he keeps playing the way he has and improved perhaps his backhand game slightly, he will break the top 5 in the world sooner rather than later. Berrettini knows it is going to be a tough ask to play a fellow Italian here, but I am sure he will be composed.

These two have met 3 times before, however on the future events in 2015 and 2016. Stefano Travaglia won all of those encounters and on paper seems to have the better head to head. However, Travaglia was more experienced than Berrettini back then and now Berrettini is a world-class player who has played on some of the biggest stages in the world. On the other hand, Travaglia really only has one memorable victory against a top player in Tsitsipas. I think Berrettini gets revenge for all those defeats when he was very young, and will win this match easily.