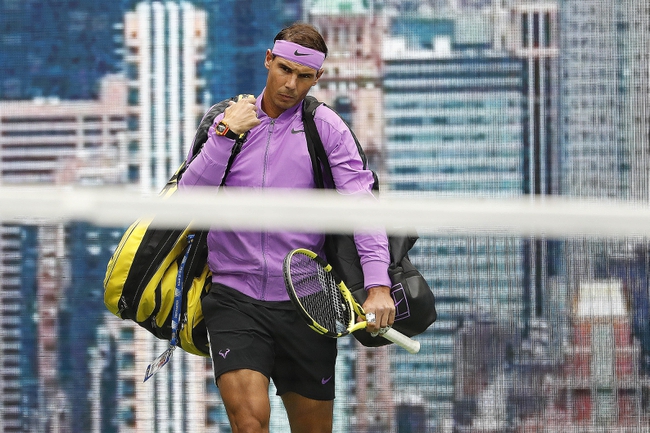 Rafael Nadal meets Dusan Lajovic in the third round of the 2020 Rome Open on Friday, September 18th 2020. Will Lajovic provide another upset, or will Nadal dominate as he usually does?

Dusan Lajovic came through a very weird match against Milos Raonic in the second round where Raonic just looked terrible in moments. Lajovic won in 3 sets but in my opinion he did not win that match, rather he was handed that match. Lajovic is a good player but he should not be able to beat someone like Milos Raonic. This is the first time Lajovic has won two matches in a row since last year (excluding the ATP Cup) and it will be interesting to see if he even has any belief in himself as he looks on to play Rafael Nadal on clay here on Friday. Lajovic will not be able to play passively and hope for errors like he did against Raonic.

Rafael Nadal was superb in his return to tennis on Wednesday, winning his match in straight sets 6-1/6-1 against the US Open semifinalist Pablo Carreno Busta. Nadal is the King of Clay and it should expected for him to win this tournament in my opinion. No one can compete against Nadal on a clay court when he is at his best and he is definitely determined to show us that although he has been off for quite some time, he is back and he is here to dominate the Men's division once again.

This is going to be the third meeting between these two players with Rafael Nadal leading the head to head 2-0. Lajovic cannot play the way he did in his match against Raonic if he is even to challenge Nadal, but even if he plays much better, Nadal will have this match in his hands. Rafael Nadal is 100000x the better player, and when you are playing Nadal on court, you better pray for a Soderlin type of upset, but that is not going to happen here in Rome. Expect Rafael Nadal to come out here, dominate and get this match done in straight sets.