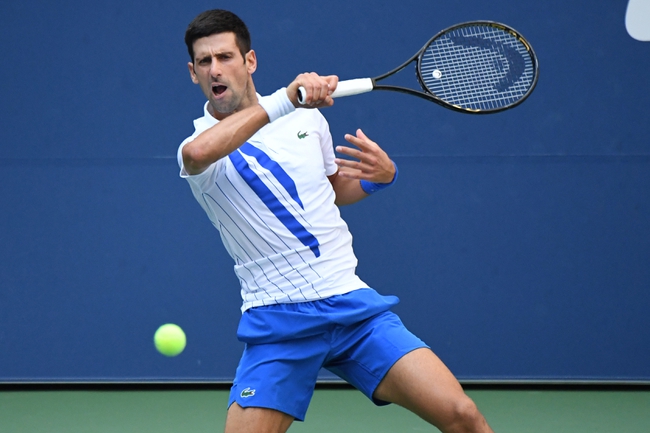 Novak Djokovic meets Dominik Koepfer in the quarterfinals of the 2020 Rome Open on Saturday, September 19th 2020. Will it be the World No.1 or the standout German here in Rome to book their spot in the semifinals on Sunday?

Dominik Koepfer put on a very solid performance against the favourite to win yesterday, Lorenzo Musetti, beating the young Italian up and coming star in straight sets 6-4/6-0. Koepfer is a very solid player and baseline rallier which not many people know about and would have been shocked to see play at this stage of a tournament such as the Rome Open. However, Koepfer has shown us signs of improvement within the last year or so. Just last year he put on an incredibly solid performance against Daniil Medvedev at the US Open in a match where people through Koepfer could come through at certain points. Koepfer has a bright future ahead and he has not reached his peak just yet.

Novak Djokovic came through an incredibly tough match against Filip Krajinovic to book his spot in the quarterfinals here in Rome, beating his friend and fellow countryman in straight sets. The first set in that match was just a scrap and was really anyone's game when it came down do it. As this tight set went on it felt more like a tiebreak would separate these two. Krajinovic went 4-1 in the tiebreak and it looked as if Djokovic would have to work his way back to victory in 3 sets. Djokovic however was able come back and win the tiebreak 9-7 and then kind of run away with the match in the second set.

This is going to be the first meeting between both players and in my opinion this one is not even going to be close. Koepfer has a solid game and he is very talented, but he is no match for Novak Djokovic. Looking at this half of the draw, Djokovic's two and only real threats from reaching the final are Krajinovic (who he beat) and Berrettini who he might meet in the semifinals. However, Djokovic is determined and ready to bring the fight to Nadal here in Rome and he will come through this match easily here.