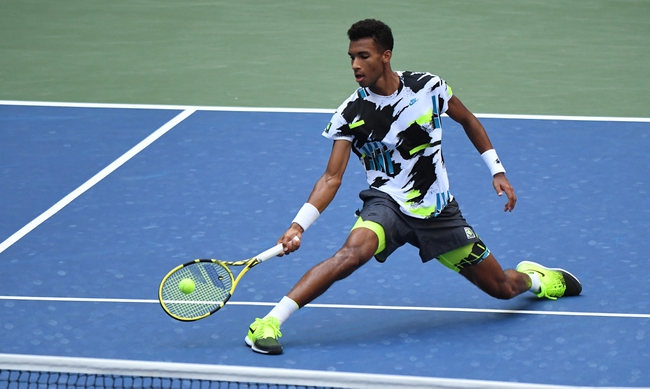 Felix Auger-Aliassime meets Lorenzo Sonego in the first round of the 2020 Hamburg Open on Tuesday, September 22 2020. It is going to be a battle of the youngsters, will it be FAA or the clay-courter Sonego to come through?

FAA has had a great few weeks in the US, reaching the quarterfinals of the US Open and showing us all that he is going to be something very special in the next few years. FAA was on top of his game in New York and most importantly was on top of his serve. However, this was not the case last week in Rome when he lost in his first match against Filip Krajinovic. FAA was not as clutch on his serve as he needed to be, but to be fair, Krajinovic is a much better player than FAA on clay in general. FAA will have taken the time in the last week to get his game up to speed I am sure and he will be ready to compete here in Hamburg.

Lorenzo Sonego is one of the less spoken about Italian prospects in the world of tennis, but people forget that he is a tough opponent to beat when he is playing his best game on clay. Sonego did not have the best time in Rome as he was not feeling 100% in his game just yet, but I am also sure he is making all the right preparations to come out here in Hamburg and compete to his best ability.

This is going to be the first meeting between both players and it is going to be a very tight one in my opinion. Of course, Lorenzo Sonego is the better clay court player, but he has not impressed as much as of recent. FAA on the other hand has much more overall talent and will have a better career in the future. I expect both players to win a set here potentially, but for FAA to eventually come through and get the job done on a surface where he still needs to make some improvements for his future.