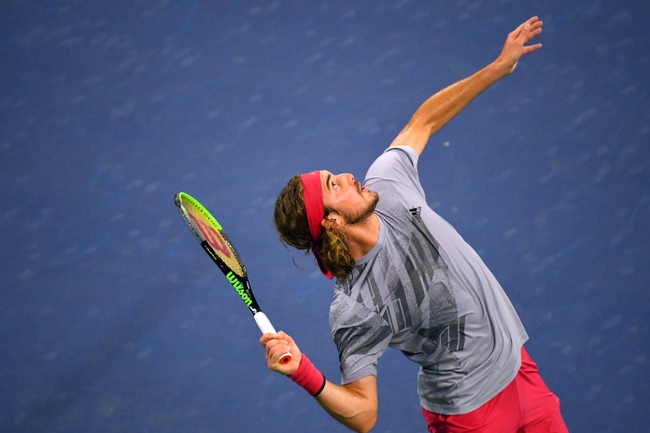 Stefanos Tsitsipas meets Pablo Cuevas in what is going to be a very fun second round encounter here at the Hamburg Open and a rematch of the 2019 Estoril Open Final which Tsitsipas won. Will Cuevas get his revenge, or will the Greek star impose his strength?

Stefanos Tsitsipas made easy work of Daniel Evans in his first round encounter on Wednesday, beating the British No.1 in straight sets. Tsitsipas looked vastly improved on clay after his terrible performance against Jannik Sinner in the second round of the 2020 Rome Open last week and he will definitely be looking to keep this improved game level going as he meets a guy who loves to play on clay, Pablo Cuevas. Tsitsipas, when on top of his game and concentrated, can beat anyone and we have seen that. However, I need to see that on a more consistent level as he tends to let his mind go sometimes when the going gets tough.

Pablo Cuevas put on a very solid performance in his first round match here in Hamburg, upsetting the American Taylor Fritz in their matchup. Cuevas had to qualify to get into this event and this allowed him to get more of a feel for the courts and that certainly helped him end his first round match in straight sets. Cuevas has a lot of experience and can hurt you if you play too passively, and he will definitely be looking to eat up any mistakes the Greek provides on Thursday.

This is going to be the third meeting between both players, with Stefanos Tsitsipas leading the head to head 2-0. These two players will give us a very exciting matchup on Thursday and we know this one can go either way, especially if Tsitsipas' level drops like it did last week in Rome against Jannik Sinner. I expect Cuevas to bring a fight to Tsitsipas, but I cannot go against the young Greek star here, who will be looking for his third victory over Cuevas and to progress to the quarterfinals here in Hamburg. Tsitsipas to come through in two sets.