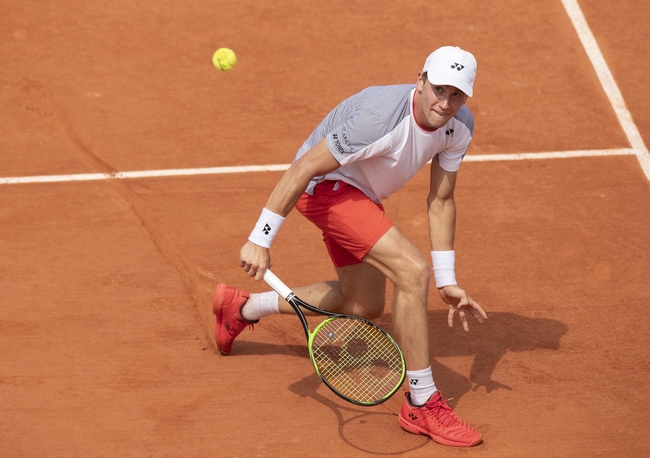 Casper Ruud meets Ugo Humbert in what is going to be one of the most exciting matches of the day as two young up and coming stars meet. Will it be the clay-court loving Casper Ruud take control of the match, or will Humbert cause another upset here in Hamburg? All will be discovered in this quarterfinal match.

Casper Ruud has sailed through his matches here in Hamburg, similarly to how he sailed through his matches in Rome last week to reach the semifinals. Ruud plays very similarly to Rafael Nadal on clay, just he plays with his right arm. The up and coming prodigy is very dangerous and has a real shot at the title here if he continues to play his best game. I expect Ruud to come out here, be fully focused knowing he has taken the best players such as Djokovic to their limits and that he can do that to anyone if he just continues to play the way he has recently.

Ugo Humbert should not even have been out of the first round according to many, but he managed to upset the No.1 seed, Daniil Medvedev, in straight sets. Humbert has now achieved 4 career victories on clay and he will definitely be feeling very confident in his ability to win on the red dirt. However, he now faces Casper Ruud, a clay-court specialist, and he will have to bring out his A-game if he is to stand a chance here in my opinion. Humbert has been great this year, but can he do it against someone who might have been slightly better?

This is going to be the second meeting between both players, with Humbert leading the head to head 1-0. They last met in Auckland this year and Humbert won in 3 sets. That match, however, was on a hard-court which is Humbert's favorite surface and Ruud's least favorite. I expect the roles to be reversed here in Hamburg as Humbert is not as easy flowing on clay and Ruud is at home when playing on clay. Ruud is the better player in my opinion and he will benefit even more from being on clay. Casper Ruud to win.