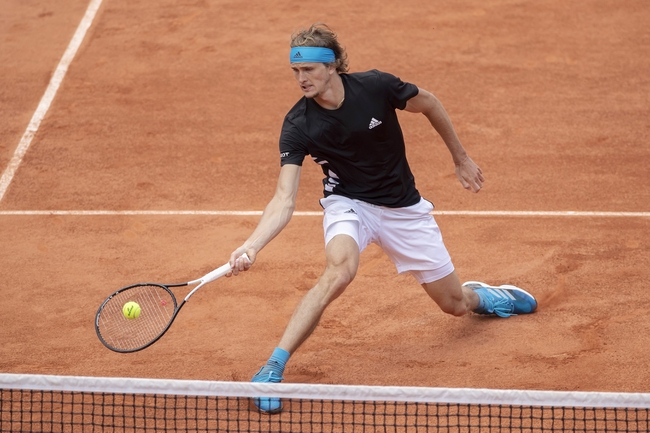 World number 7 Alexander Zverev returns to action after his heartbreaking defeat against Dominic Thiem in the 2020 US Open Final. It will be interesting to see if he has come to grips with that loss and is ready to make a deep run at the French Open. He comes up against the Austrian Dennis Novak who is ranked #91. Novak is making his Roland Garros main draw debut and is coming off back to back first round exits at the US Open and his home tournament of Kitzbuhel. Even though Zverev may still be struggling mentally with the final loss as well as not having any clay court match practice he surely will fancy his chances of getting through this opening round.

Even though Zverev is widely thought of as more of a hard court player, some of his best results have actually come on the dirt. He has made back to back Roland Garros Quarterfinals (2018 and 2019) and has won five titles on clay, notably two Masters-1000 events in Rome and Madrid. So he is certainly no slouch on the surface. While he may not be considered a top-tier contender, he still has to be favored to make a deep run this year. He moves well for someone his height, and his heavy groundstrokes and strong defense will certainly pose a threat. He's shown that he is ready to contend at the big tournaments and hopefully he has overcome the mental demons from that demoralizing loss in New York. That will his main barrier to making a run in Paris.

The Austrian #2 Dennis Novak is certainly a less accomplished player than his opponent. He possesses some major weapons in his serve and forehand, however the strong defense of Zverev and the slow surface should nullify that. Novak is considered a talented but streaky player that on his day can give the top players a scare but he's never shown the type of focus and consistency throughout his career to suggest that he is ready to make a breakthrough.

This match looks straightforward on paper and if Zverev is focused then it should be. If Novak is serving well cuts the errors down he may be able to sneak a set but winning the match is out of the question. One thing that could make this match interesting to see is if Zverev has ironed out the kinks with his serve that plagued him at the US Open. If he can keep the double fault count low, he should win this match comfortably. While Novak is talented, beating a top 10 player over 5 sets is always a tall order. Zverev wins in straight sets, possibly four depending on that serve.