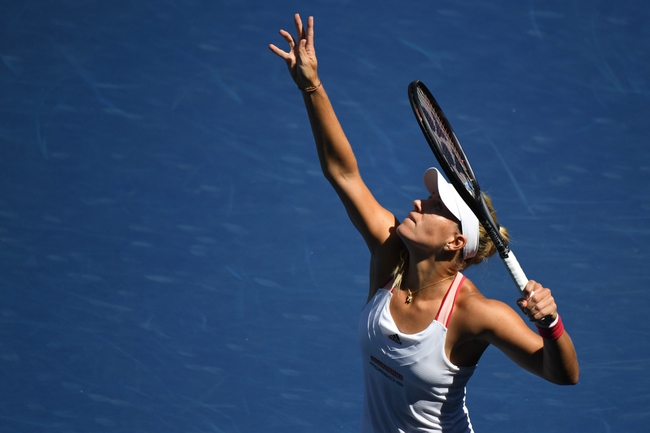 Former World Number One Angelique Kerber faces exciting young prospect Kaja Juvan of Slovenia in the first round. Kerber obviously has the greater pedigree but her career has been in decline over the past few years. Her opponent is touted by many as a future star, and the 19 year old has wins over Venus Williams and Marketa Vondrosova in her short career. Can the veteran hold off the youngster's challenge at the only Grand Slam that she has never won?

Angelique Kerber is a three time Grand Slam Champion but clay is her least preferred surface. While she has won the other three slams, she has never advanced past the quarterfinals in Paris. She is coming off a first round loss in Rome to Sinikova and is likely low on confidence. However a former world number one and multiple Grand Slam winner can never be discounted, especially when playing against a relatively inexperienced youngster. Kerber is still capable of being an elite player and has a lot of tools at her disposal.

Kaja Juvan is a future star and has shown that she is not afraid to play on the big stage. She has very solid defense but can switch to offense instantly when the situation calls for it. Her results haven't been great lately but she has played five clay tournaments since the restart which is more than most. One notable result was a three set loss to Polona Hercog where she was in control for most of the match. She is relatively inexperienced but has shown flashes that she is capable of big things.

This match is a close one to call. On one hand we have a fearless teenager and the other we have a former number one who has been struggling for a while. I expect Juvan to come out swinging and she could take the opening set. However Kerber has a lot of experience to draw from and definitely won't make it easy for the youngster. Kerber should eventually be able to figure it out and will grind out a hard fought three set match. Angelique Kerber to win in three sets.