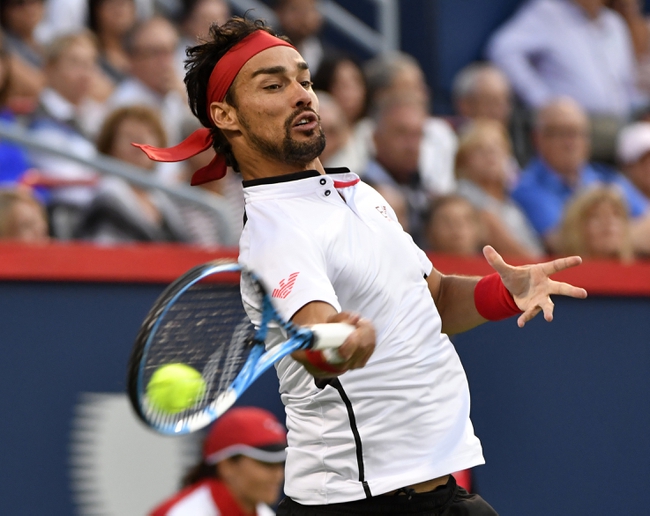 Fabio Fognini, the world number 15 ranked player takes on Mikhail Kukushkin of Kazakhstan in the first round of the 2020 French Open. Both players are crafty veterans but one is ranked significantly higher than the other. They have actually played each other five times, with the Italian leading the head to head 3-2.

The fourteenth seeded Fognini comes into the tournament in poor form, having had a long injury layoff. He lost in the first round in Kitzbuhel and Rome followed by a second round exit in Hamburg last week. However he is a top player on clay, being able to boast that he has won a Masters-1000 title on the surface a year ago, not to mention being one of a handful of players that can say they have defeated the "King of Clay" Rafael Nadal on his favorite surface. He will hopefully have shaken off the rust by now and be back to his exciting brand of tennis. Few players are as unpredictable as the Italian but on his day he is certainly one of the best on this surface.

Mikhail Kukushkin has been ranked in the top 40 before, but is now a lowly 87. He is a solid player but one that feels more at home on hard courts. He is a very solid player from both sides and has three career top-10 wins so he is capable of making this match interesting if Fognini is not close to his best. The Kazakh also comes into Paris in poor form having lost in the qualifiers in Rome and having seen his ranking slowly decline over the past few years.

Overall, this match comes down to Fognini who is very hard to predict due to his lack of focus at times. On his day he can beat the very best - as evidenced with the Nadal victory in Monte Carlo last year (which would have cost bettors a pretty penny) but he is also capable of playing a low intensity, poor match. However we feel that he will be motivated for this match and will come out determined to reverse his poor run of form. This match will be filled with long rallies mixed with flashy shots from the Italian and I think that his crafty style and experience will pull him through. Fognini to make it to the second round.