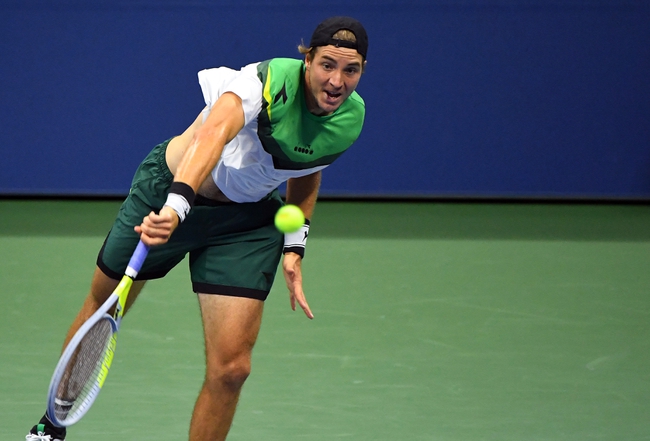 American Frances Tiafoe comes up against the German Jan-Lennard Struff in what is sure to be a first round battle at Roland Garros. This match really is too good to be a first rounder but that is just the luck of the draw. You can be sure that both players were disappointed to be drawn such a tough opponent so early on. This should be a contender for the best match of the opening round.

The young American doesn't come into Paris in the best form, with a second round loss to the young Italian Musetti in a Challenger last week, which was his only clay event since the resumption. He seemed to be back in form after a strong Round of 16 showing in New York He is clearly more of a hard court player but his powerful game makes him dangerous on any surface. Defense is not his strong suit so you can be sure he will be looking to bring the attack to his 30th seeded German opponent. Tiafoe has never gotten past the first round in Paris and a difficult matchup awaits him in 2020.

Struff also comes into this match in poor form. After a good showing at the US Open he suffered back to back first round losses in Rome and Hamburg. However the loss in Hamburg was a very close three setter to Khachanov who is a strong opponent. While also preferring the hard courts like his opponent, Struff has the greater pedigree on clay having won quite a few Challenger titles on the surface. His best showing in Paris was reaching the fourth round last year. Like Tiafoe he likes to dictate play with his serve and forehand and will be sticking to that game plan here.

This has the potential to go all the way. Struff is the better player at the moment but Tiafoe usually saves his best tennis for the slams, albeit on different surfaces. They both have similar styles and love to be on the front foot at all times. I think that Struff is more likely to win the match as he is the more mature player at this stage in their careers; Tiafoe really is a wild card and we never know what to expect. Struff comes into the match in slightly better form so I predict that Struff will win in four sets, possibly five.