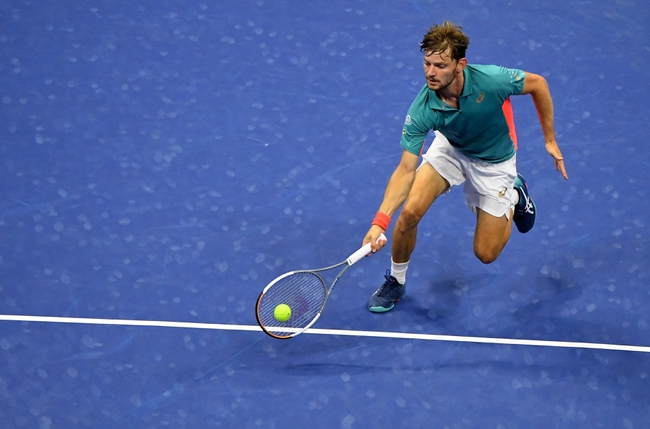 Jannik Sinner meets David Goffin in the first round of the 2020 French Open. This is going to be a game of generations as well as a game of attack vs defense. Will Sinner be able to win his first Roland Garros match, or will Goffin's experience and return game be too much for the young Italian?

Jannik Sinner was very solid in his first two matches last week at the Rome Masters, even beating the likes of Stefanos Tsitsipas, and eventually losing to Grigor Dimitrov. Sinner is looking to gain as much experience as possible on the tour and he does not care about who he plays, he will always give it his all and ensure that he will win or lose the match on his racquet, not anyone else's. Sinner, however, has to find that consistency in my opinion. Sinner does not possess the mentality just yet to be able to keep the pressure on his opponents from start to finish and once he achieves that, he will be even harder to beat.

David Goffin had a bad loss in his first match at the Rome Masters last week, losing 6-2/6-2 to Marin Cilic in a match where Goffin should have really won. Goffin has definitely taken  this last week and a half to ensure he improves on the mistakes he made in that match and that he is able to come out here at the French Open playing the strong defensive returning game we are accustomed to seeing from the Belgian. Goffin will be on top of his game in these early round in my opinion, and he will be tough to beat.

These two have met once before, with Sinner winning that match in straight sets. Goffin had their previous match in his hands in both sets, but he just was not able to close it out as he should have. However, this is a Grand Slam, a clay-court tournament, and a whole different story. Goffin is the better player no questions asked, he is able to play better on clay than Sinner is, and he will be more motivated than the Italian in my opinion. I'll take Goffin to win.