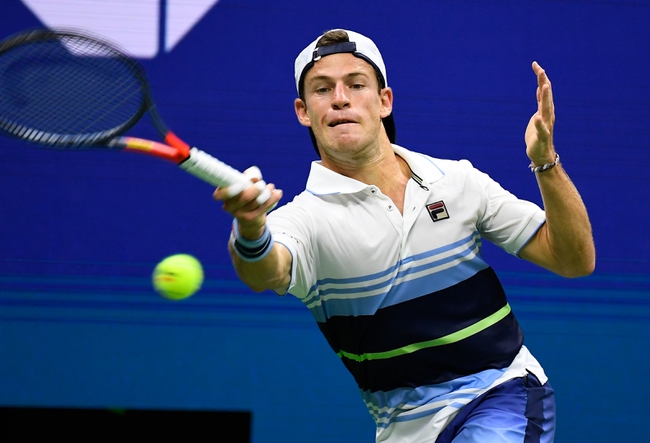 Miomir Kecmanovic is one of the most promising prospects in the world of tennis, breaking through on the main tour last season and winning his maiden title just a few weeks ago in Kitzbuhel. Kecmanovic has a very solid clay-court game and he is a very determined young player. With this, Kecmanovic will have all the confidence in the world behind him to be able to perform well here in Paris and hopefully make it past the first round. However, Kecmanovic now has to face someone who has beaten Rafael Nadal in straight sets last week, and who also made life hard for Novak Djokovic in their Final showdown in Rome, Diego Schwartzman.

Diego Schwartzman has had possibly one of the best weeks of his career, if not the best week. Schwartzman finally got his long awaited victory over Nadal, after 9 straight defeats to the Spaniard, and in the early stages of his final against Novak Djokovic, it really looked as if an upset could be looming. Schwartzman went two breaks up in the first set straight away and it looked as if all he had to do was finish that set off and try and replicate in the second set. However, Djokovic was able to break back on both breaks straight away and secure the victory in two extremely tight sets. Schwartzman was still extremely proud of his achievements last week and he will be extremely confident coming into the French Open.

This is going to be the first meeting between both players, and it is going to be a tight one I think. Both of these players have had great success on clay in recent weeks and they are very solid baseline ralliers on the red dirt. I expect this to be a 4, or potentially a 5-setter, and for it to be a very up and down match for both players. But if we look at who has had the bigger achievements as of recent, it has to be Schwartzman. I think Schwartzman is the better player, especially on clay, and he has so much confidence behind him which will secure him the victory.