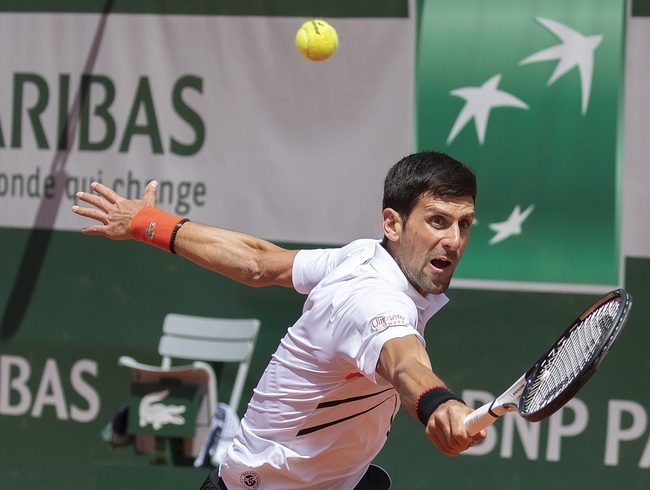 World Number One and 2016 French Open Champion Novak Djokovic begins his quest for a second French Open title against Sweden's #80th ranked Mikael Ymer. The young Swede is a promising talent but does he have what it takes to trouble the all-time great and holder of 17 Grand Slam titles?

Novak Djokovic comes into this match in impressive form, having transitioned quickly to the clay and winning the Italian Open last week dropping just one set in the process. While clay is not his preferred surface he is still always a contender and has the tools to go all the way. He is still yet to lose a completed match in 2020 which is a remarkable achievement. Djokovic is 10-0 on clay this year and we expect to come out strong and try to end this match as quickly as possible.

Mikael Ymer, the 22 year old Swede comes into this match in relatively poor form, having lost in the qualifying rounds at the Italian Open and in Hamburg. His record on clay this year is 2-2 however he has a winning career record on the surface. He was touted as a top talent a few years ago and has made serious offensive strides in his game to complement his strong defense. That new offensive element is going to have to be near perfect if he is to stand any chance in this match.

This will be the first meeting between the two players. Mikael Ymer is definitely a player for the future but we expect his time in Paris to be short lived. He quite simply does not have the tools to make the world's top player break much of a sweat and this match should be over very soon. Djokovic is too strong on both sides and can easily break down whatever Ymer throws at him. The Serbian has to like his chances this year especially since the King of Clay Rafael Nadal is short of match practice and suffered a surprising loss to Diego Schwartzman last week in Rome. Expect a hugely motivated Djokovic with a chip on his shoulder after the US Open controversy to cruise in straight sets.