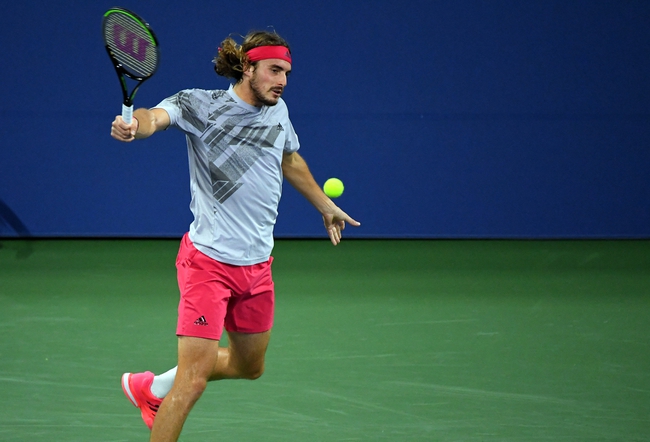 It is two of the main young prospects in the tennis world meeting in the 2020 Hamburg Open Final on Sunday, September 27th 2020. Will Andrey Rublev win the title here on his second appearance in the final and clinch his third title of the year, or will Stefanos Tsitsipas win his second title of the year here in Hamburg?

Stefanos Tsitsipas came through an extremely tight semifinal encounter against clay-court specialist, Cristian Garin, which went to 3 sets. Tsitsipas won the first set 7-5 and it was expected he would cruise through the rest of the match. However, Garin came back and gave him a tough fight in the second set, breaking the Greek's serve twice to win it 6-3. Whilst watching the match, I believed Garin would have been in the better form in the third set and potentially could have edged it, but Tsitsipas proved me wrong and put on a superb performance ensuring he was very consistent from the baseline and limiting his errors. Tsitsipas will now have to ensure he improves from this performance in order to be ready to meet Rublev.

Andrey Rublev absolutely cruised past Casper Ruud in their semifinal encounter, beating the Norwegian star in straight sets. Rublev is on top of his game at the moment and he is definitely the best player in this tournament (not based on rankings obviously). Rublev has become extremely patient in long rallies which has allowed him to outplay his opponents who tend to hit a lot of errors when trying to hit winners past him. Rublev knows he has to be on top of his game here against Tsitsipas and I am sure he will bring everything to the table.

This is going to be the third meeting between both players, with the head to head standing at 1-1. I think that Tsitsipas might be the odds favourite because of his higher ranking and experience, however, Rublev seems unstoppable to me here. Rublev can beat Tsitsipas and the Greek does not enjoy playing against him as his game is not able to flourish. I think Rublev wins this one, and his third title of the year.